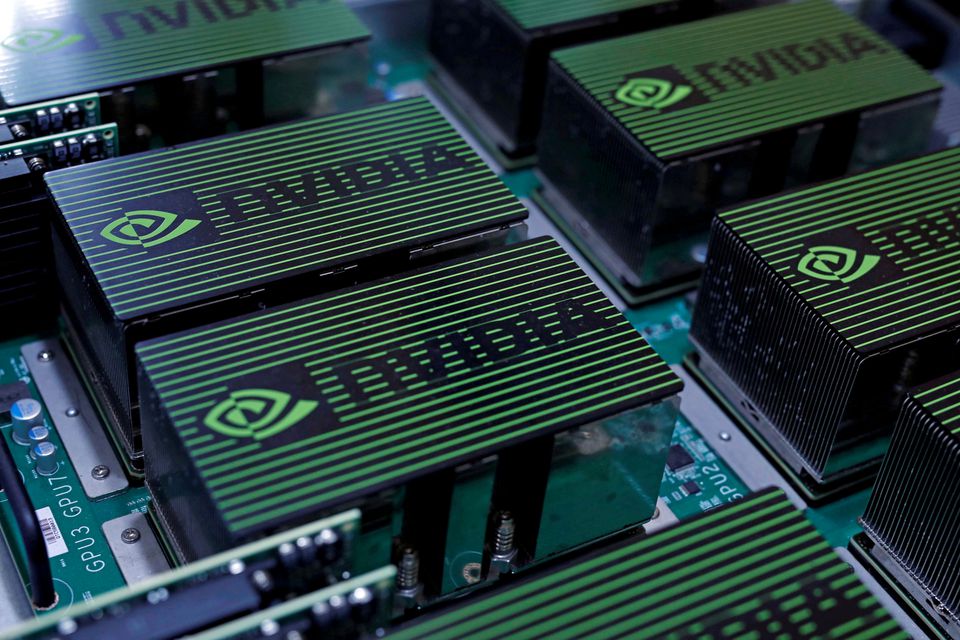 The logo of Nvidia Corporation is seen during the annual Computex computer exhibition in Taipei, Taiwan May 30, 2017. (Reuters Photo)

Nvidia Corp (NVDA.O) on Tuesday released a set of tools for software developers aimed at helping them create a "metaverse" of three-dimensional virtual worlds - and use a lot more computing power from Nvidia's chips in the process.

At the Santa Clara, California, company's annual technology conference, Nvidia released Omniverse Enterprise, which will start at $9,000 per year and be sold by partners such as Dell Technologies (DELL.N) and Lenovo Group Ltd (0992.HK), which build powerful computing systems with Nvidia chips for corporate customers.

The Omniverse tools help various apps used to create three-dimensional worlds, such as software from Adobe Inc (ADBE.O), work better together while running on chips made by Nvidia.

In an interview with Reuters, Richard Kerris, vice president of the Omniverse platform at Nvidia, called it "the plumbing of the virtual worlds. That's what we've built. And that's what we're building with all of these partners."

But right now, most of those worlds are far from fruition and the tools are mostly being used by businesses.

Kerris told Reuters that Nvidia worked with more than 700 companies to test and develop the software, including firms like telecommunications equipment maker Ericsson (ERICb.ST), which used the software to create a "digital twin" of a city that it used to test cell phone signal coverage before rolling out physical trucks to install real-world antennas.

Earlier this month, Wells Fargo analyst Aaron Rakers wrote that software and other tools for creating virtual worlds could be a $10 billion market opportunity for Nvidia over the next five years - especially as firms like Meta Platforms Inc (FB.O), the firm formerly known as Facebook, entice people to spend more time in what it calls the metaverse.

Nvidia's stock market value has surged $191 billion since Facebook's capital expenditure announcement on Oct. 25, a two-week gain that is nearly as large as rival Intel's entire market capitalization of $209 billion.