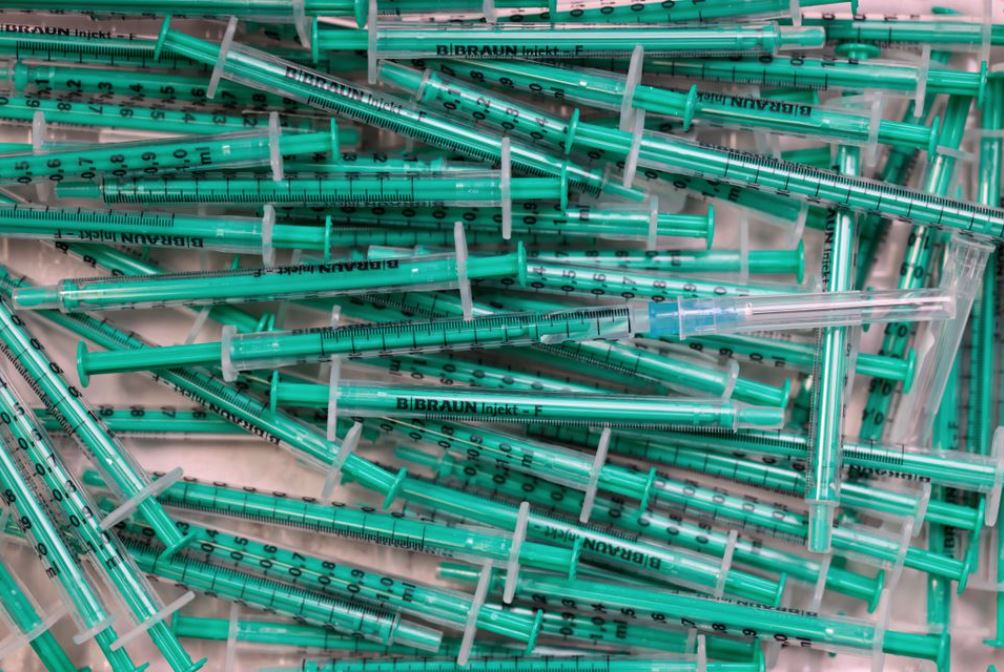 GENEVA: There could be a shortage of one to two billion syringes needed to administer Covid-19 vaccinations in 2022 which could also impact routine immunisations and undermine needle safety, the World Health Organisation warned on Tuesday.

National health authorities should plan their needs well in advance to avoid the "hoarding, panic buying type of situation" seen early in the pandemic with the lack of personal protective equipment, WHO expert Lisa Hedman said.

"We could have a global shortage of immunisation syringes that could in turn lead to serious problems such as slowing down immunisation efforts as well as safety concerns," she told a U.N. briefing.

A shortage could lead to delays in routine vaccinations, particularly for children, and other health services, and it could also encourage the unsafe reusing of syringes and needles, particularly in poorer countries, Hedman added.

About 6.8 billion Covid-19 vaccinations have been administered globally, almost double the number of routine vaccines, Hedman said, compared to total manufacturing capacity of about 6 billion immunisation syringes a year.

That means the world could face a shortage of up to two billion syringes next year, unless more factories are shifted to producing the right kind of device for shots, Hedman said.

"If we shift capacity from one type of syringe to another or attempt to expand capacity for specialized immunisation syringes, it takes time and investment," she said.