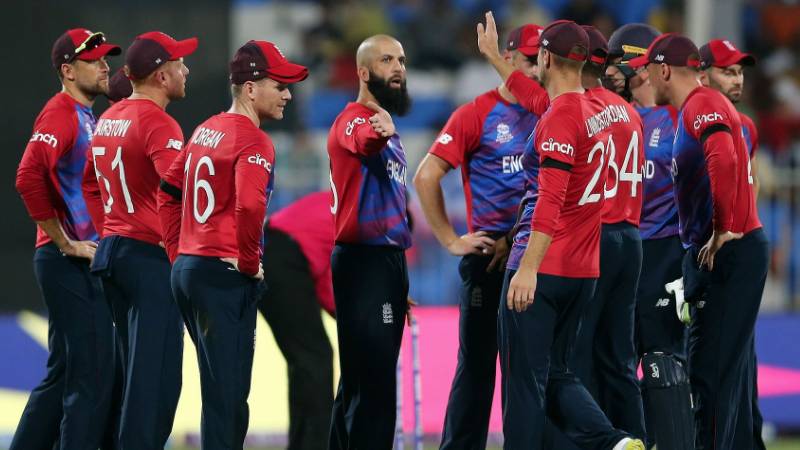 Two years since going toe-to-toe in a thrilling 50-overs World Cup final, England and New Zealand will again seek to deliver a knockout blow when they face each other in the semi-finals of the Twenty20 global showpiece in Abu Dhabi on Wednesday.

The clash pits contemporary cricket's most dominant white-ball team England against arguably the most consistent cross-format side New Zealand, who have reached the final of three of the last four major global tournaments.

The most dramatic of those finals was at Lord's in 2019 when Eoin Morgan's England were crowned 50-overs world champions via a now-scrapped boundary countback rule after the match ended in a tie.

New Zealand coach Gary Stead said their heartbreak at Lord's would have no bearing on their Twenty20 World Cup encounter.

"I'm not sure they're will be anything from the 2019 game that will really come into it," Stead told reporters ahead of the clash at the Zayed Cricket Stadium.

"They are a quality side and I guess we just look forward to the challenge of playing the best side."

New Zealand were stunned by Pakistan in their Group II opener but went on to win four straight, with Trent Boult leading a sublime bowling unit backed up by twinkle-toed fielders delivering terrific catches.

With bat in hand, Martin Guptill has been the aggressor and Williamson the anchor, though their ability to chase down big totals remains untested.

Opponents England looked the form team until being beaten in their final Group I game by South Africa, that defeat felt even more keenly with the loss of opener Jason Roy due to a calf injury.

Roy's absence will force a top-order rejig with Jonny Bairstow likely to partner an in-form Jos Buttler, though the 2010 champions have plenty of other options in an explosive lineup.

"It is a massive blow, not just because of the way he bats but also because of what he brings to the field, and around the boys," all-rounder Moeen Ali said of Roy's absence.

The defeat by South Africa could also serve as a wake-up call to Morgan's team, ridding them of any complacency that may have crept in after four easy wins on the trot.

England will also have to cope with the absence of 20-overs specialist Tymal Mills, who was ruled out with a thigh strain suffered against Sri Lanka, and could be tempted to beef up their attack by including bowling all-rounder David Willey.

"The great thing is there's loads of options and loads of combinations that we can go with."