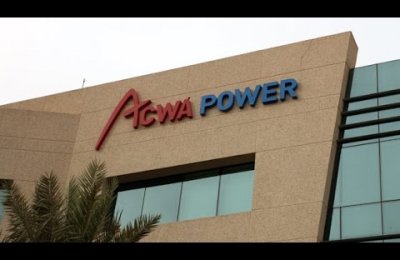 Saudi-based International Company for Power and Water Projects (Acwa Power) has reported a net loss of SR21.8 million ($5.8 million) for the third quarter compared to a net profit of SR541.5 million last year.
Acwa Power, which is 44 per cent owned by Saudi Public Investment Fund, is a leading developer, investor and operator of power generation and desalinated water plants worldwide.
Announcing the results for the three-month period ended September 30, Acwa Power said the loss in the third quarter was mainly driven by a decrease in development and construction management services in the current quarter, a decrease in share in net results of the equity accounted investees largely because of accelerated depreciation charges pertaining to two oil-fired assets in Saudi Arabia, recognition of share-based payments expense related to the IPO, and an increase in Zakat and tax charge, it stated.
Net loss attributable to equity holders of the parent for the third quarter of 2021 was SR27 million compared to net profit attributable to equity holders of the parent of SR524 million for the same quarter of 2020.
On the nine-month period, Acwa Power said its operating income before impairment loss and other expenses was SR1.66 billion, flat versus the same period in 2020, mainly supported by its operations and maintenance (O&M) business that generated higher operating income thanks to projects starting operations or operating their first full year in 2021, such as Al Dur IWPP and Hassyan IPP.
Three projects - Sudair, Sirdarya and Redstone - which completed their respective financial closes during the period, contributed into higher operating income, which was offset by recognition of employee long-term incentive plan expense and lower share in net results of equity accounted investees, net of tax, mainly because of accelerated depreciation on two oil fired assets.
According to Acwa Power, the net profit attributable to equity holders of the parent for the first nine months stood at SR420 million, down 51 per cent over last year. This decline was mainly driven by flat operating income reduced by the one-time charge of SR280 million in Q3 pertaining to the grant and recognition of IPO incentive plan comprising shares and cash benefits for eligible employees, in line with the company’s plans announced at the time of IPO, and additional impairment charges.
The Saudi group's commitment to net-zero emissions by 2050 was exemplified by the entry into a sale agreement of one of the four oil-fired assets in its portfolio.
This transaction is also a testament to the company’s commitment to remain at the forefront of energy transition both at home in Saudi Arabia and beyond, it added.
On the Q3 results, CEO Paddy Padmanathan said: "This demonstrates that we are on track towards achieving our business and financial targets as set forth in our prospectus for the fiscal year 2021. This also provides us with a solid basis for growth, which is our top priority following Acwa Power’s landmark listing on the Saudi Stock Exchange, which was oversubscribed by an overall factor of 250 times."
"As a Saudi flagbearer and a national champion, the trust of our shareholders in our ability to be a force for greater good for people not just here in the Kingdom but around the world is our greatest motivation and inspiration," stated Padmanathan.
"We will live up to this trust through continued ingenuity and excellence in everything we do as we fulfil our mission to deliver power and water reliably and responsibly, at low cost to communities worldwide," he added.-TradeArabia News Service