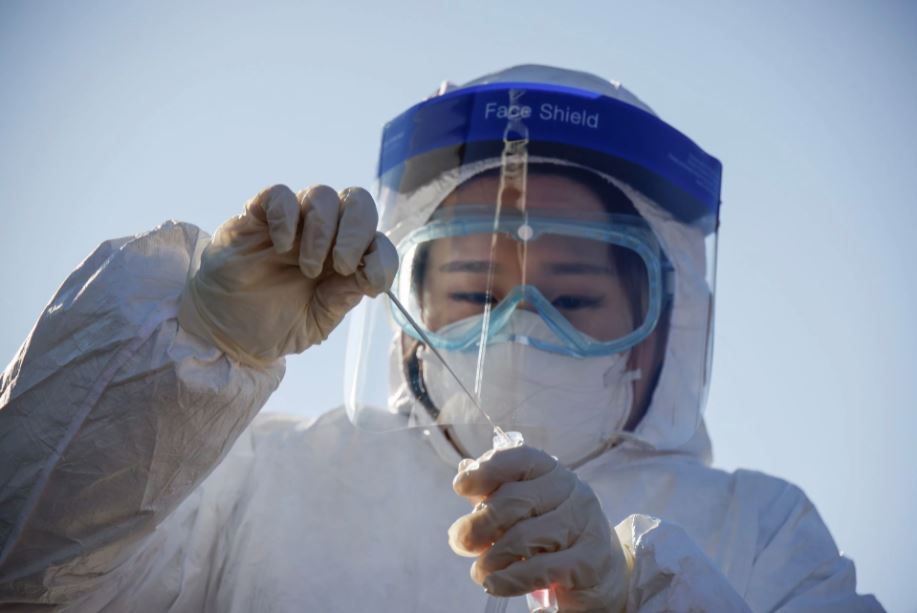 Healthcare workers who did not test positive for Covid-19, despite heavy exposure to infected patients, had T cells that attacked a part of the virus that lets it make copies of itself, according to a report published Wednesday in Nature. Researchers who studied the 58 healthcare workers found their T cells responded more strongly to a part of the virus, called the RTC, that is very similar on all human and animal coronaviruses, including all variants of SARS-CoV-2. They suspect the T cells recognised the RTC because they had "seen" it on other viruses during other infections. That makes the RTC a potentially good target for vaccines if more research confirms these findings, study leaders Mala Maini and Leo Swadling, both of University College London, said in a joint email to Reuters. These data were collected during the first wave of the pandemic, they added. "We don't know if this sort of control happens for more infectious variants currently circulating."