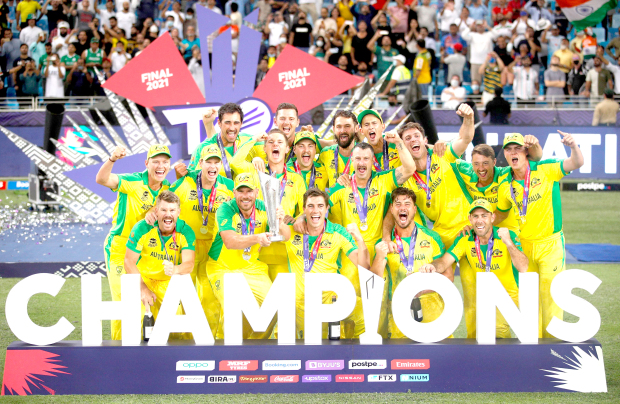 New Zealand captain Kane Williamson’s 85 off 48 balls fired his side to a strong 172-4 in a rematch of the final of the 2015 ODI World Cup between the trans-Tasman rivals.

Like in that contest in Melbourne four years ago, Australia triumphed again this time with seven balls to spare.

Marsh belted four sixes in his incendiary 77 not out, and Warner smashed 53 to drive Australia’s chase.

Earlier, Williamson scored nearly half of New Zealand’s final total which had looked a distant dream for a side on 57-1 at the halfway stage of their innings.

Dropped on 21 by Josh Hazlewood, Williamson clobbered three sixes and 10 boundaries after Australia counterpart Aaron Finch elected to field at a venue which has favoured the chasing team throughout the tournament.

Australia wobbled early in their chase, losing Finch in the third over when Mitchell ran in from deep square and took an excellent sliding catch.

Warner and Marsh, however, refused to retreat into a defensive shell and, with both going great guns, Australia cruised to the 100-mark in the 12th over.

Trent Boult ended the carnage when he rattled Warner’s stumps but Marsh continue to hector the bowlers, bringing up his fifty with his fourth six.

Maxwell chipped in with a cameo unbeaten 28 sealing the victory with a cheeky reverse shot.