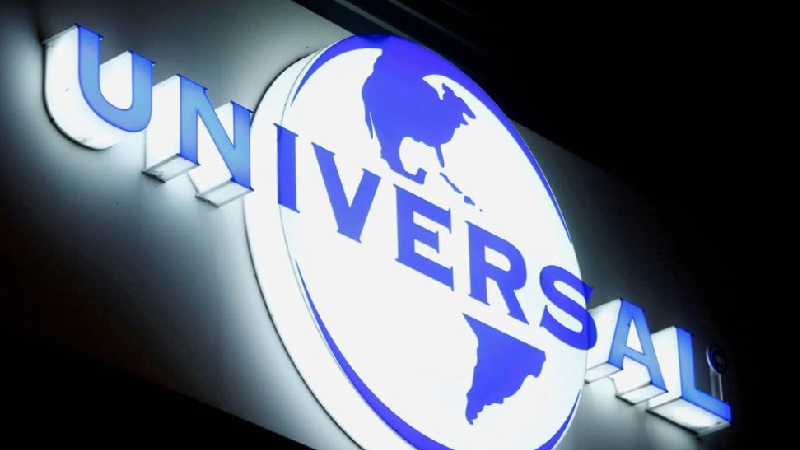 The logo of Universal Music Group (UMG) is seen at a building in Zurich, Switzerland July 20, 2021. Reuters Photo

Universal Music Group said the platform will cause consumer confusion with the Republic Records label, whose artists include Taylor Swift, Lana Del Rey, Lorde. Rihanna, Kanye West, Drake, Stevie Wonder and many other popular musicians. It asked for a court order blocking Republic from using its name for music-related services.

UMG said the parties had discussed a settlement throughout October, but Republic dropped out of the talks and launched the service Nov. 4.

New York-based Republic didn't immediately respond to a request for comment, nor did UMG or its attorney David Donahue of Fross Zelnick Lehrman & Zissu.

Republic was founded in 2016 and offers investing opportunities in fields including real estate, cryptocurrency, video games and startups. Its advisers include businesswoman Randi Zuckerberg and venture capitalist Tim Draper.

According to the complaint, Republic's music-investment service allows users to buy non-fungible tokens (NFT) in unreleased songs and receive royalties and "exclusive perks" such as concert tickets and merchandise when the songs are streamed.

"In other words, Defendant's Republic Marks are used in connection with the full suite of goods and services that record labels typically offer," UMG said.

The complaint said UMG and Republic Records are also planning to expand into NFTs.

According to UMG, the platform has already caused confusion among music-industry professionals and others who mistakenly thought the two were affiliated.

UMG said it doesn't object to Republic's use of the name for other investment services "as long as they do not overlap with the music industry.".