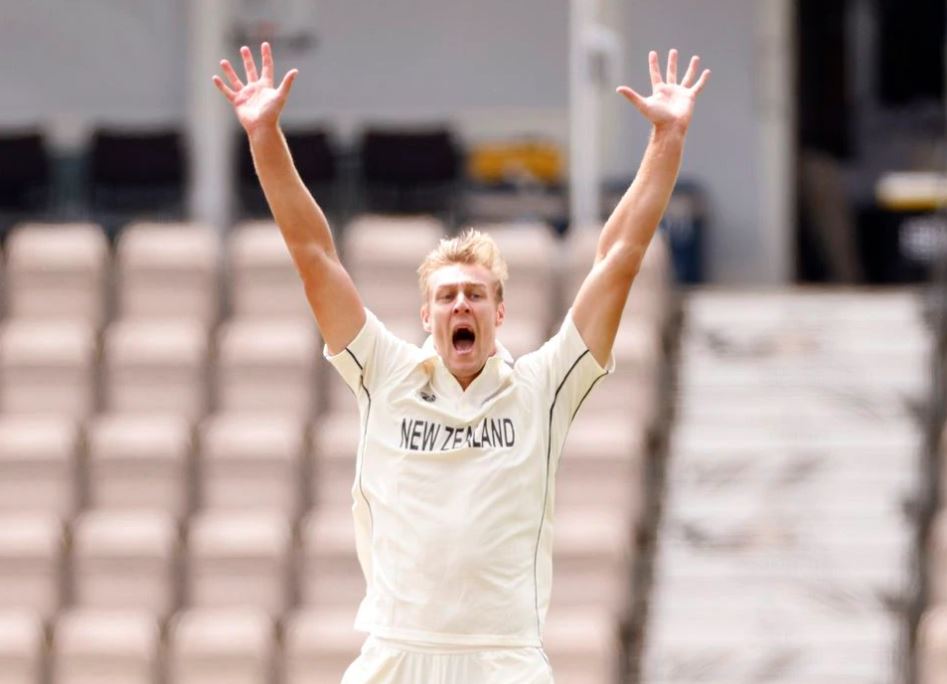 New Zealand fast bowler Kyle Jamieson will join skipper Kane Williamson on the side-lines for the Twenty20 series in India to prepare for the test series against the hosts later this month, coach Gary Stead said on Wednesday.

The three-match T20 series begins in Jaipur later on Wednesday, three days after New Zealand lost the World Cup final to Australia in Dubai. The 6'8" Jamieson was in the World Cup squad but did not play a single match.

New Zealand took the decision to rest Williamson on Tuesday and both players will train with the test squad ahead of the first match in Kanpur on Nov. 25.

"We decided through talking with Kane and Kyle that they won't play in this T20 series," Stead said.

"It's a bit of a balancing act at the moment and with three T20 games in five days plus travel to three different cities it's a very, very busy time."

Stead added Lockie Ferguson is "likely to play" his first T20I since April. The fast bowler suffered a calf tear last month and was ruled out of the World Cup with Adam Milne taking his place.

"You'll definitely see that the whole squad will get match time over here," Stead added.

"That's about us managing the workload of the players, especially with the test matches coming up, which will be a real key priority for us as we work through the next week."

The second T20I will be played on Friday in Ranchi while the third is on Sunday in Kolkata's Eden Gardens.