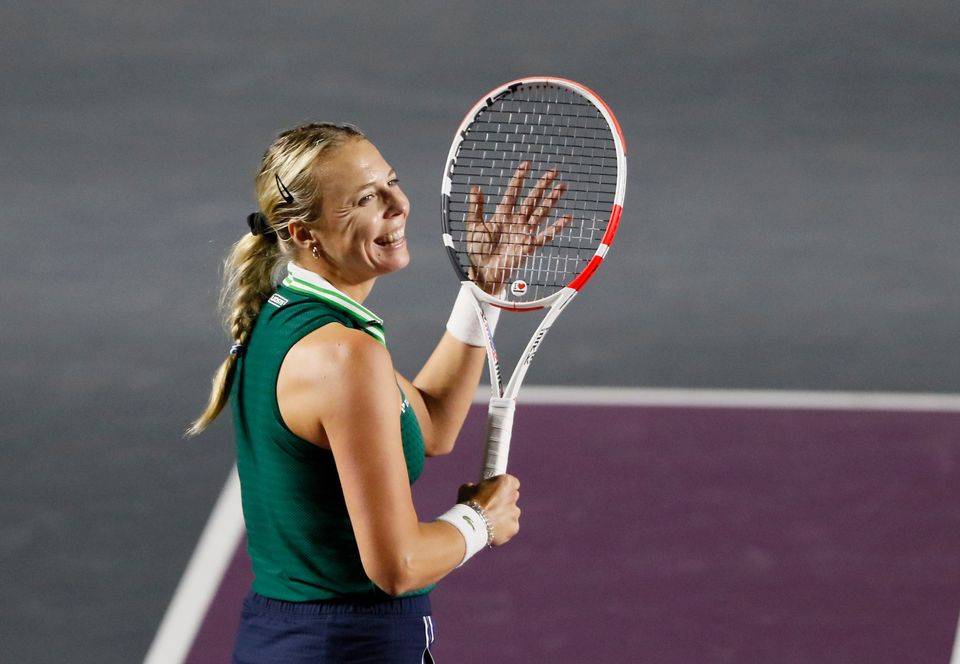 Riding high on self-belief after a fairy-tale last few months, Anett Kontaveit said she will be ready for the biggest match of her career when she faces former world number one Garbine Muguruza for the WTA Finals title on Wednesday.

The 25-year-old Estonian clinched the eighth and final singles spot at the WTA Finals at the end of last month by securing her fourth title of the season at the Transylvania Open in Cluj-Napoca, Romania.

She edged Greek Maria Sakkari in Tuesday's semi-final to set up a clash against Spaniard multiple major champion Muguruza.

"I still can't quite believe that I'm even here and I'm playing against the best players at such a prestigious tournament," Kontaveit said.

"I'm just so proud of myself that I managed to do this and so happy to be competing at this level and just trying to take it all in."

A victory against Muguruza will give Kontaveit a third successive title and tie her with world number one Ash Barty for a season-leading fifth overall.

The WTA Finals, played between the top eight singles players and doubles teams of the world, will also see Kontaveit jump two spots to a career-high sixth.

"I feel like the last few months have really showed me that I can play really well, I can beat great players consistently," she said.

"I think I sort of have this self-belief now. When I came here, of course, I had nothing to lose. Every time I step on the court, I still think I can win the match, just do well.

"It's a very exciting moment for me. It's my biggest final so far. I mean, I have a lot of self-belief and confidence.

The final will be a rematch of the round-robin clash between Muguruza and Kontaveit which the Spaniard won 6-4 6-4 to end the opponent's 12-match winning streak.

"It's a new match. The previous matches, they don't really matter if you have this new opportunity."