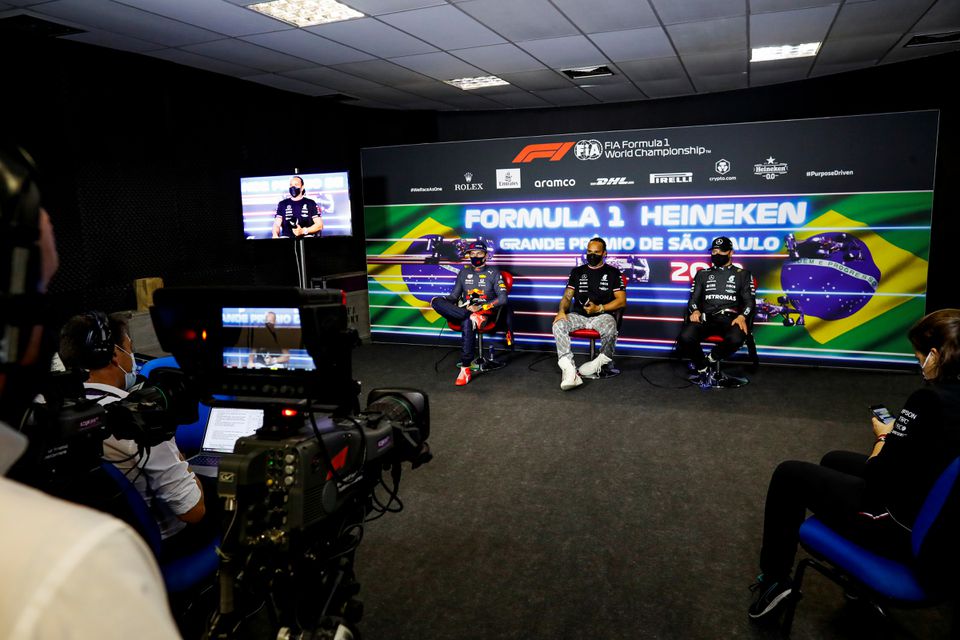 Mercedes have sought a review of the Sao Paulo Grand Prix incident between Lewis Hamilton and Max Verstappen after new evidence emerged that was unavailable at the time, the Formula One champions said on Tuesday.

The stewards took note of the lap 48 incident during the race but concluded, on the basis of the evidence they had, that no investigation was necessary.

"(Mercedes) confirms that we have today requested a Right of Review under Article 14.1.1 of the International Sporting Code, in relation to the Turn 4 incident between Car 44 and Car 33 on lap 48 of the Brazilian Grand prix, on the basis of new evidence unavailable to the Stewards at the time of their decision," the team said in a statement.

The article allows stewards to re-examine their decision if "a significant and relevant new element is discovered which was unavailable to the parties seeking the review at the time of the decision concerned."

Race director Michael Masi revealed after the grand prix that stewards had not had access to now-released forward-facing cockpit video footage from Verstappen's car.

"Only the cameras that were broadcast... is what we have access to," he said.

"The forward-facing, the 360 (degrees), all of the camera angles that we don't get live, that will be downloaded and we'll have a look at them post-race."

Mercedes were particularly interested in the forward-facing video to see what steering movements Verstappen had made, with team boss Toto Wolff saying the Dutch driver should have received at least a five-second penalty.

In a dramatic weekend, Hamilton was disqualified from Friday's qualifying and given a five-place grid penalty for using a new internal combustion engine at Interlagos.

Verstappen, on the other hand, was fined 50,000 euros ($56,710) on Saturday for putting his hands on the rear wing element of Hamilton's car to inspect it after qualifying, a breach of the sporting code.

Hamilton is 14 points behind Verstappen with three races remaining and the next in Qatar this weekend.