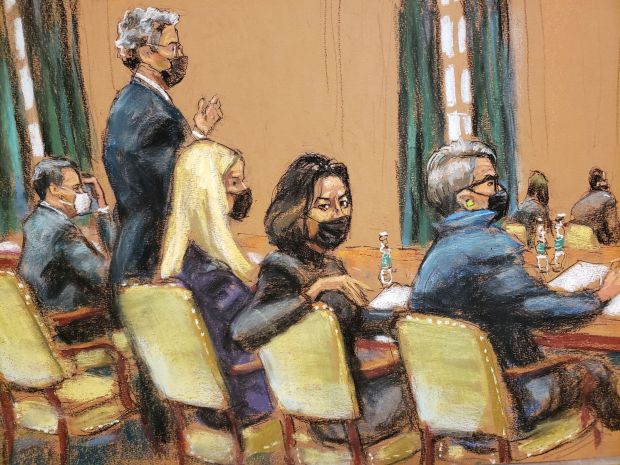 NEW YORK: A federal judge in Manhattan on Tuesday began questioning potential jurors for the sex abuse trial of Ghislaine Maxwell, asking individuals about topics ranging from their opinions of people with luxurious lifestyles to what television shows they watch.

Prosecutors have said that Maxwell 59, recruited and groomed underage girls for deceased financier Jeffrey Epstein to abuse. She has pleaded not guilty to six counts of sex trafficking and other crimes. Her lawyers have said extensive media coverage of her July 2020 arrest has tainted the jury pool.

US District Judge Alison Nathan plans to question 231 potential jurors about what they have previously heard about Epstein and Maxwell, as well as about their own experiences with sexual assault and abuse.

"It would be hard to not have heard something about the case," one potential juror said during questioning by Nathan, a process known as voir dire.

The individual, a female 69-year-old Manhattan resident, added that although she had heard of Maxwell and Epstein and had experienced sexual harassment in the past, she believed she would not be biased one way or the other.

"As a woman today, if you ask me if I have in my lifetime, if I have experienced, shall we say, sexual harassment ... as we understand it today, I would have to say 'yes,'" she said.

The potential jurors' names are being withheld from the public. Voir dire is expected to conclude on Friday.

While some individuals interviewed in the first day of questioning said they had not heard of Maxwell, most had heard of Epstein, a wealthy US investor who counted elite politicians and business people among his associates.

Epstein died by suicide in a Manhattan jail cell while awaiting his own trial on sex crimes charges in 2019 at the age of 66.