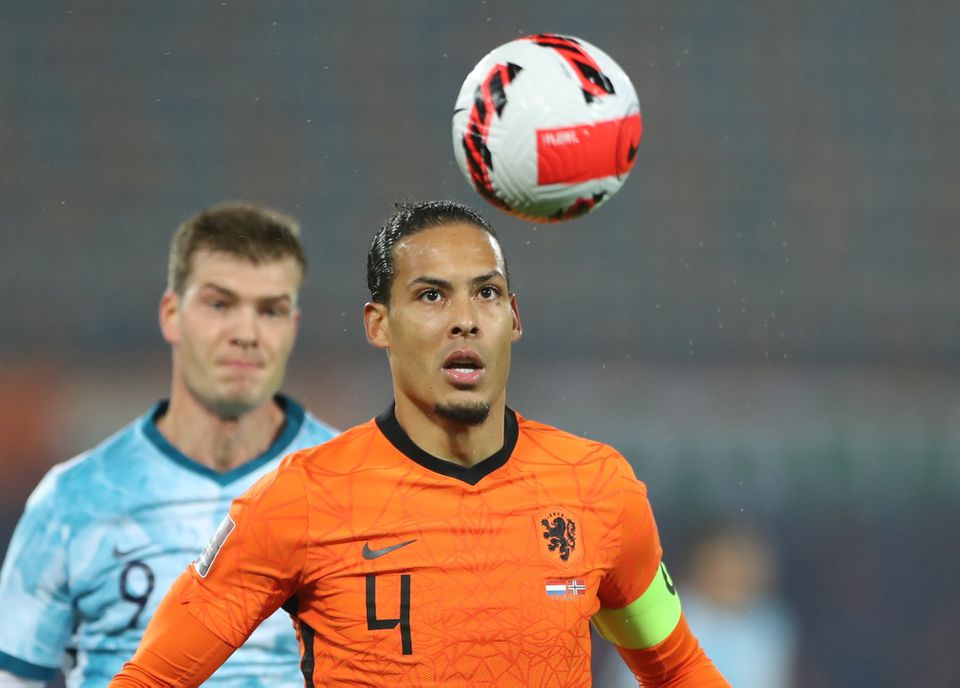 The Dutch, who missed out on the 2018 finals in Russia, ensured top place in Group G with a 2-0 win over Norway in Rotterdam on Tuesday to finish ahead of Turkey.

But they had let slip a chance in Montenegro at the weekend to earn early qualification and were anxious as they faced Norway, who needed victory to usurp them in the standings.

It was not until the last six minutes that the Dutch made sure with goals from Steve Bergwijn and Memphis Depay.

“It was deserved. I don't think we gave anything away, nothing at all,” insisted Van Dijk.

“After Saturday, we were asked to respond and we did an excellent job. There is still a lot of room for improvement, but it was all about the result.”

Van Dijk said he had embraced the tension of the occasion, made more eerie by the fact no spectators were allowed into De Kuip because of new Covid-19 restrictions.

“These are the games you want to play, there was a lot of pressure. I can't speak for everyone, but I was really looking forward to it.

“Of course, you don't really want to be in a situation like that, but it was the way it was and I think we showed real character. It was not easy to switch on again after Montenegro, but we did it,” he added.

"I can't wait to lead this group of guys and create something beautiful. It's still a long way to the World Cup, but we deserved to qualify."