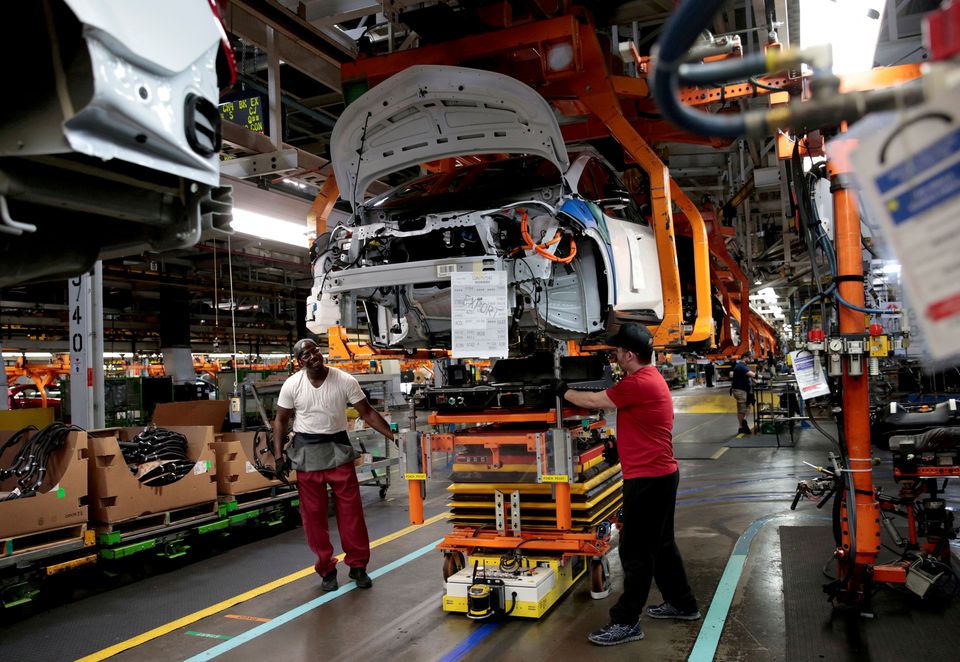 General Motors Co's (GM.N) "Factory Zero" in Detroit is on the front line of a battle for the US electric vehicle market between ageing, unionized factories, and new, non-union plants run by young electric vehicle companies.

President Joe Biden's administration wants to give the older part of the American auto industry a boost.

Biden's scheduled visit Wednesday to Factory Zero will put a spotlight on his administration's proposals to bring billions in federal aid to help older auto factories and the Midwestern communities that depend on them, as part of his "Build Back Better" spending bill.

The Biden administration and fellow Democrats in Congress have proposed nearly $50 billion in tax breaks, incentives for government agencies to buy electric vehicles, loans for retooling factories and aid to automotive plant communities.

A proposal for up to $12,500 in tax credits to consumers who buy an electric vehicle assembled in the United States by union workers so far appears to lack the votes to pass the closely divided US Senate.

Build Back Better would also allocate $3.5 billion for converting US factories for production of electrified or fuel cell vehicles, and revive incentives that could generate $3.7 billion for automotive communities by 2031.

GM's head of global manufacturing, Gerald Johnson, told Reuters that federal spending could accelerate demand for electric vehicles, which is one reason the automaker has made flexibility a priority at Factory Zero.

If the Build Back Better legislation passes, GM will factor that into its plans, he said. "It does not change what we are doing."

Factory Zero, opened in 1985, is one of 21 GM assembly and powertrain operations in the United States, and the first to get a makeover to begin assembling electric vehicles.

Biden is expected to get a look at one of the first GMC Hummer EVs assembled at the plant. The first Hummer models will have starting prices above $100,000 - too much to qualify for proposed EV tax credits.

GM said it can save billions by re-purposing its factories and retraining its current workforce, rather than follow rivals such as Tesla Inc (TSLA.O) and build new factories in Southern and Western states.

Tesla captured nearly 80% of the US electric vehicle market in 2020. Its share is expected to decline as more electric vehicles are launched. The company told Texas officials that its factory workers there would earn about $47,000 a year. Factory workers at GM begin at $28 an hour, or about $56,000 a year, under their United Auto Workers agreement.

Plants that have battery-making and vehicle assembly in one complex - like the Tesla factory in Austin, Texas - can be more efficient, cutting transportation costs for batteries, said Mike Tracy, president of the Agile Group, a manufacturing consultancy.

"GM is trying to avoid putting union workers out of business," Tracy said.

GM is trying to take advantage of a US factory system that has excess capacity, Johnson said. Managing a mix of combustion and electric vehicles during the coming decade could mean using what is now extra space to avoid interrupting production as plants are retooled.

"The skill is not so much can you drive a screw," he said. "It's do you know what to do when the screw doesn’t drive."