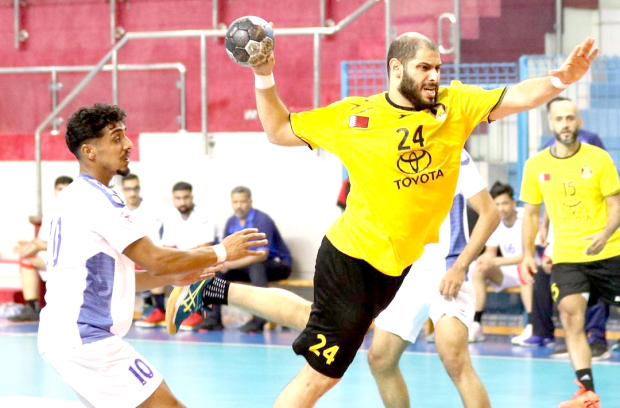 Action from the match between Al Ahli and Tubl

Al Ahli continued their unbeaten run seeing off Tubli 31-27 in a 10th-round match of the Khalid bin Hamad Handball League.

Yesterday’s victory was Ahli’s seventh in a row.

The winners led 14-10 at half-time of the match which was played at the Bahrain Handball Association arena in Um Al Hassam.

Ahli have collected 25 points so far to occupy the second spot in the standings while Tubli tally 12 points after suffering their seventh defeat this season.

In another 10th-round match, Samaheej overturned a five-point deficit in the last five minutes to claim an exciting 33-32 victory over Al Tadhamun. After their third victory of the season, Samaheej have gathered 15 points while Tadhamun have 16.

Al Najma, who eased past Al Ettifaq 30-19 on Tuesday, continue to lead the standings with 27 points. They are the only team to remain unbeaten in the league this season.

The 10th round concludes today when Barbar clash with Al Ettihad at 7pm. Barbar are currently in the eighth position while Ettihad are sixth.