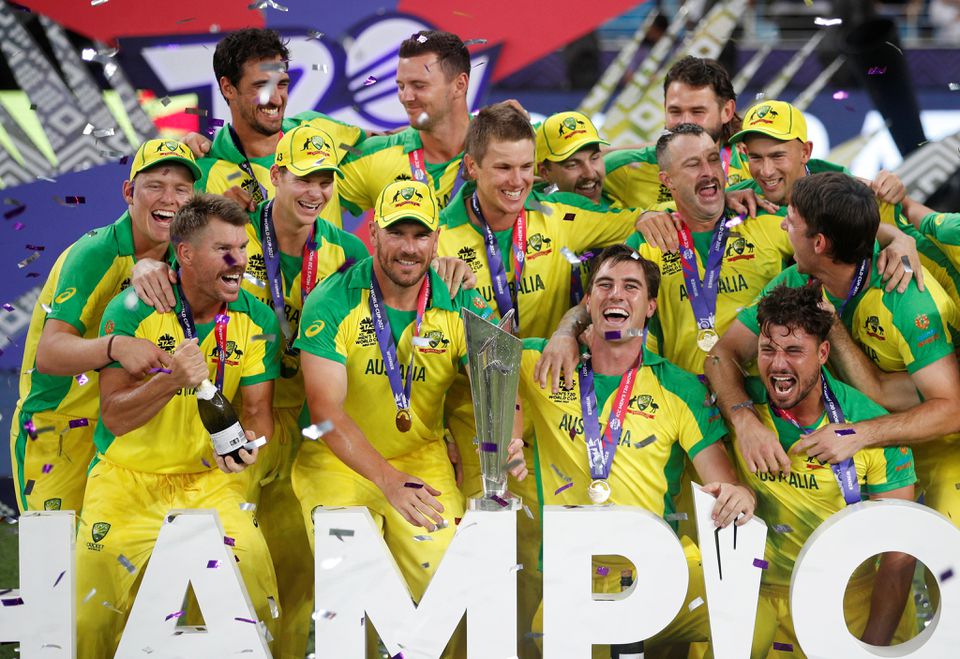 Aaron Finch has stepped down from the captaincy of Big Bash League (BBL) side the Melbourne Renegades but is determined to lead Australia's T20 World Cup title defence on home soil next year.

Finch's Australia claimed their first global T20 title with victory over New Zealand in the final in Dubai on Sunday and have less than a year to prepare for the next tournament which starts in Oct. 2022.

Finch, who turned 35 on Wednesday, has had knee problems after surgery in recent months but said he would hold onto the captaincy if fit.

"If I can get there, absolutely," the short-format skipper told reporters on Thursday.

"I probably need a little bit of extra time to get my knee right now.

"I pushed the rehab really hard and probably paid the price for it a little bit throughout the tournament."

The Renegades confirmed Finch had stepped down from the captaincy on Thursday, with Nic Maddinson to take over for the upcoming BBL season.

Finch said Langer had received "confronting" feedback from players about his coaching style and taken their advice on board.

"You have some really honest conversations which aren't always the easiest ones to have," Finch said.

"But he took that all on board and probably handed the reins over a little bit more to the playing group and his assistant coaches in their various areas."

Spinner Adam Zampa said players would focus on keeping the victorious squad together for the title defence.

"It is always bloody tough playing international cricket, but with a bit of confidence after this one we are going to be really tough to beat at home," Zampa said.