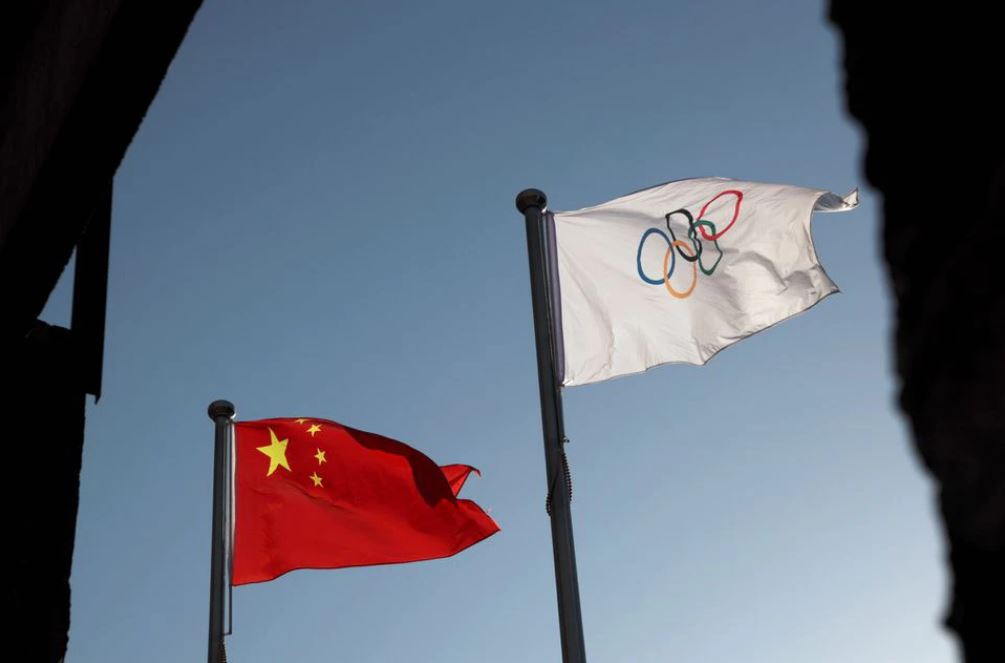 The Chinese and Olympic flags flutter at the headquarters of the Beijing Organising Committee for the 2022 Olympic and Paralympic Winter Games in Beijing, China. (Reuters Photo)

China reported on Thursday a third Covid-19 case among foreign athletes at preparatory events ahead of the Beijing 2022 Winter Olympics, which are being organized with stringent measures in place to control any outbreaks.

A foreign athlete participating in the Luge World Cup in Beijing was confirmed on Tuesday as being an asymptomatic case after a routine Covid-19 test, state media reported.

The athlete has been transferred to an isolation facility for observation, state media reported, quoting Zhao Weidong, an official of the Beijing 2022 Winter Games.

The athlete is a close contact of a previously confirmed asymptomatic case, Zhao said, without revealing the identity or nationality of either of the athletes.

The Luge World Cup is serving as a test event for the Feb. 4-20 Beijing Winter Olympics.

China reported on Nov. 12 that two lugers of the same nationality had tested positive.

Beijing's vice mayor previously said the corona virus would be one of the biggest challenges of the Games.

A widespread outbreak linked to the Games would hurt China's record of containing clusters quickly, having elected to maintain a zero-tolerance approach towards Covid-19.

All participants at the Games will be tested daily and spectators from abroad are not being allowed in.

Athletes and other Games personnel will also be isolated in "closed loop" bubbles.