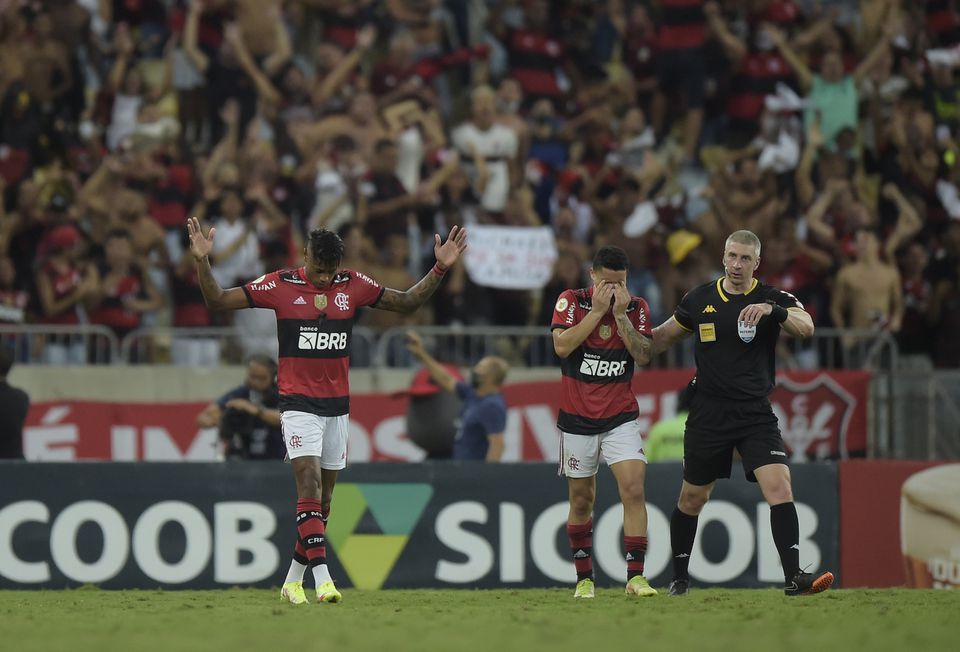 Substitute Bruno Henrique grabbed a late winner in injury time to give Flamengo a 1-0 victory over Corinthians on Wednesday and keep their faint hopes alive of retaining Brazil’s first division title.

The Rio club rested many of their top players ahead of the Copa Libertadores final against Palmeiras on Nov. 27.

The reserves nevertheless dominated the match at the Maracana stadium but it took the appearance of Bruno Henrique - whose 11th league goal took him above team mate Gabriel Barbosa on the goals chart - to decide the game with his late header.

The result leaves Flamengo in second place in the Serie A, eight points behind leaders Atletico Mineiro with six games remaining. Corinthians are in fifth spot.