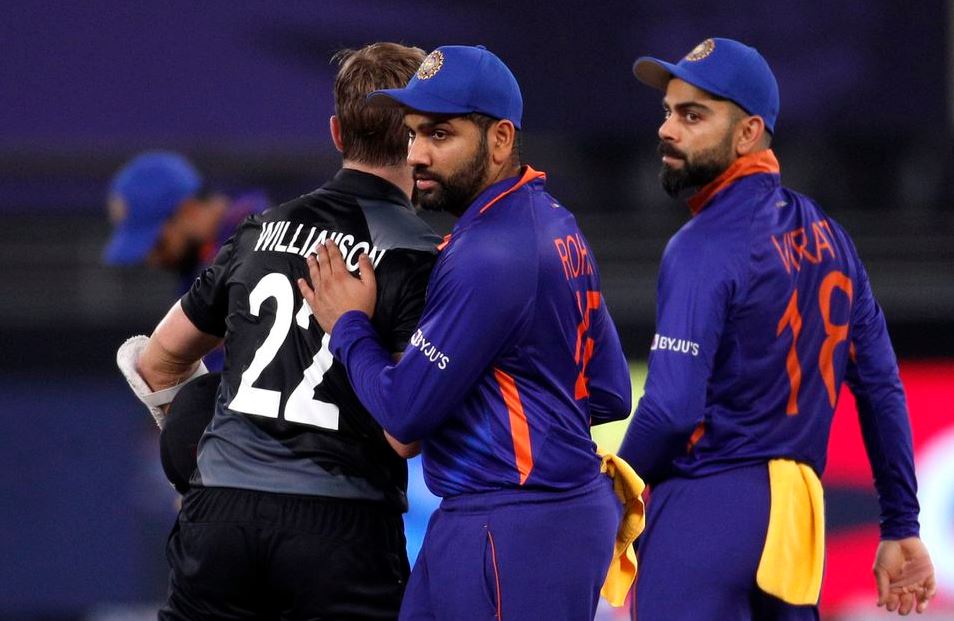 Uryakumar Yadav struck a blistering half-century as India held on to beat New Zealand by five wickets in the first of three Twenty20s in Jaipur on Wednesday and get Rahul Dravid's reign as head coach off to a winning start.

Chasing 165, India clinched victory with two balls to spare thanks to a career-best 62 from Yadav, who played some classy strokes after captain Rohit Sharma (48) and KL Rahul (15) had given the hosts a fine start with a 50-run opening stand.

New Zealand, beaten by Australia in the T20 World Cup final on Sunday, fought back with three quick wickets but Rishabh Pant (17 not out) held his nerve to guide India home.

"It didn't come as easy... so great learning for the guys, to understand what needs to be done, not about power-hitting all the time. A good game for us, missing a few players, opportunity to other guys to show their ability," Rohit said after India's first game since their disappointing failure to reach the T20 World Cup semi-finals.

"You want to come out on the right side of close ones... but a game of fine margins," he said. "The way we started with the ball wasn't what we wanted, did well to claw it back in the middle, took it deep and to the last over was a positive."

Earlier, Bhuvneshwar Kumar bowled Daryl Mitchell with an in-swinger in the first over but New Zealand weathered that early blow as Martin Guptill and Mark Chapman added 109 runs for the second wicket to help the visitors to 164-6.

Chapman led the assault with a 50-ball 63 while Guptill (70) held the innings together, smashing three fours and four sixes for his first T20 fifty against India

There were no other contributions of note as the Indian attack, led by Bhuvneshwar (2-24) and Ravichandran Ashwin (2-23), restricted the Kiwis with smart bowling in the second half of the innings.

The second game of the series is in Ranchi on Friday.