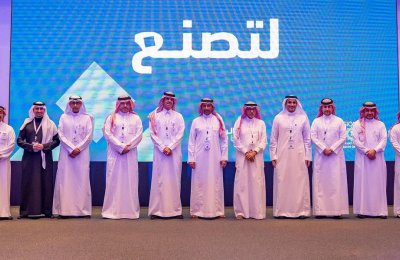 Saudi Arabia's National Industrial Development and Logistics Programme has launched key initiatives worth SR6 billion ($1.6 billion) in co-ordination with Riyad Bank as part of its efforts to improve the kingdom's ranking in 10 indicators of global ease of doing business.
The initiatives 'We finance, you manufacture' and 'We invest, you manufacture' will contribute to realizing at least 35 goals of the Saudi Vision 2030, improving Saudi Arabia’s ranking in 10 indicators of global ease of doing business and developing 14 economic and social aspects, said the statement from NIDLP.
The first initiative is aimed at localising 50 products in five sectors with a value of SR4 billion, while the second initiative aims at financing investment funds specialized in the industrial sector in three sector with a value of SR2 billion.
The two initiatives were designed to be of joint numerical targets between NIDLP and the Riyad Bank targeting the localization of 50 priority products in five important sectors, which are Saudi Arabia’s payment balance, the transport sector, machinery and equipment, food, medicines and medical devices.
It includes three categories for the small, medium and large enterprises that serve local and foreign investors, where the value of imports of these five targeted sectors in 2020 reached more than SAR70 billion.
These initiatives were launched under the sponsorship of Minister of Industry and Mineral Resources and NIDLP Chairman Bandar Al Khorayef, and in the presence of Riyad Bank Chairman Eng Abdullah Mohammed Al Issa.
According to NIDLP, both initiatives accord with several strategies, such as localizing the manufacturing of products and Sharik Program in terms of partnership between the public and private sectors, localizing the payment balance of Saudi Arabia, and the national investment strategy.
They also aim at increasing the contribution of the local content, enhancing the financing environment in the kingdom for localizing the industry and encouraging local and foreign investors to enter the industrial sector and expanding existing factories to cover new products in a way that accords with the goals and aspiration of the Saudi Vision 2030 that seeks to increase the contribution of these sectors in providing a diversified, solid and sustainable economy.-TradeArabia News Service