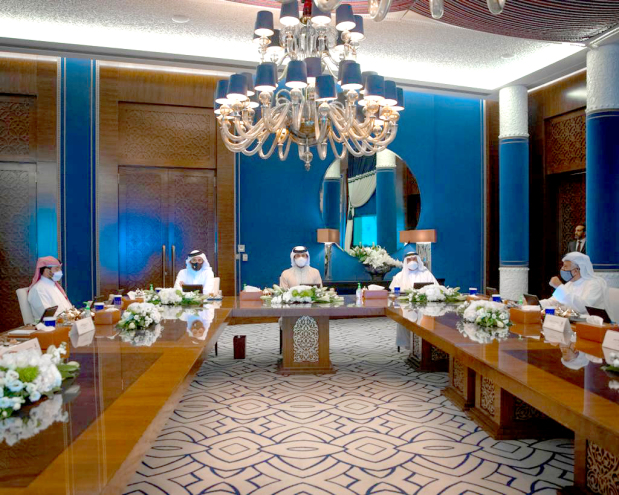 Shaikh Nasser and Shaikh Khalid with top officials at the meeting

Shaikh Nasser praised the achievements of Bahrain in the field of sports, adding that the GSA, headed by Shaikh Khalid, has provided many facilities that will contribute to accomplishing further successes in the future. Shaikh Nasser also highlighted the field visits by Shaikh Khalid to local clubs to meet their members and discuss their needs.

Shaikh Nasser congratulated the members on creating Bahrain Chamber For Dispute Resolution for Sports (BCDR Sports), adding that it will have a key role in bolstering the culture of professionalism in sports and contribute to its development.