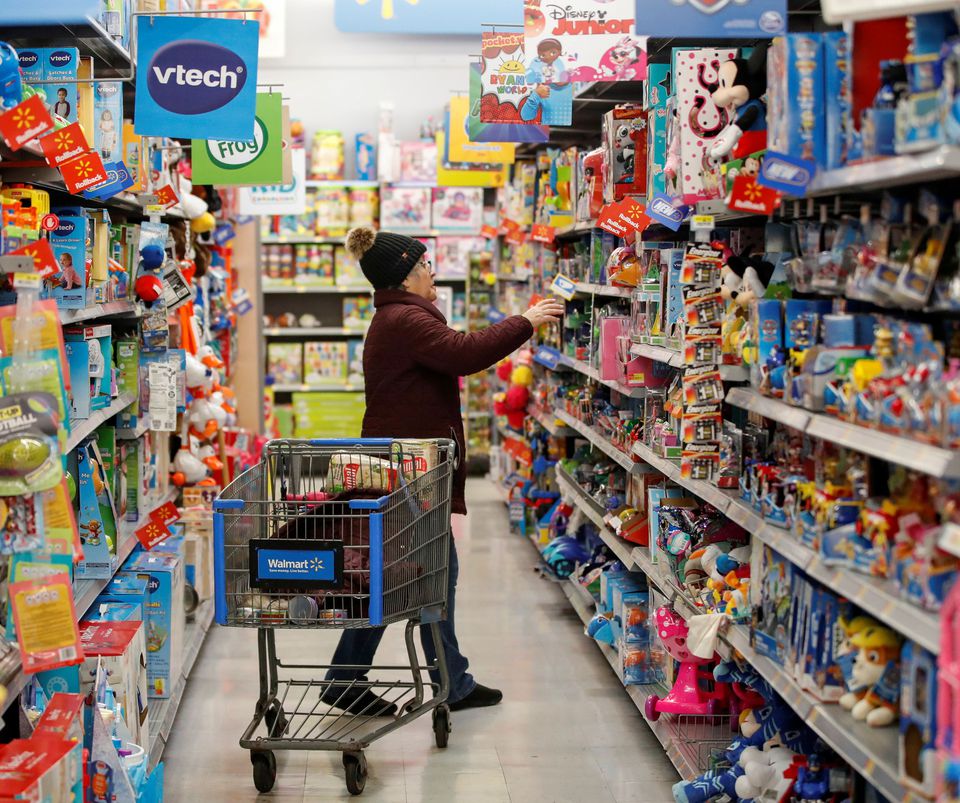 FILE IMAGE: A shopper goes through a Walmart store ahead of the Thanksgiving holiday in Chicago, Illinois, U.S. November 27, 2019. Reuters Photo

CHICAGO: Thanksgiving dinner will cost US consumers an average of 14% more this year in the biggest annual increase in 31 years, the American Farm Bureau Federation said, though shoppers can still find deals in grocery stores.

Rising food and gas prices are squeezing US consumers as the pandemic snarls global supply chains and the economic drag from the summer wave of Covid-19 infections fades.

The Farm Bureau, which represents US farmers and the broader agriculture industry, pointed to inflation and supply-chain disruptions for lifting the average cost of a Thanksgiving dinner for 10 people to $53.31 from a 10-year-low $46.90 in 2020. The cost is based on Farm Bureau shoppers who checked prices for turkey, cranberries, dinner rolls and other staples in stores from Oct. 26 to Nov. 8.

"The cranberry sauce, the stuffing, all those things that are traditional, have gone up," said Sherry Hooker, a 69-year-old retiree shopping at Jewel-Osco store in Chicago on Thursday.

The Covid-19 pandemic has made it difficult to predict consumer demand, which adds to high prices, the Farm Bureau said. Average prices for turkey, the centerpiece of many Thanksgiving dinners, are up 24% from 2020 at about $1.50 per pound, Farm Bureau said.

Without turkey, the price for the overall meal is up 6.6%. That is in line with the 6.2% increase in the US Consumer Price Index in October, when the index saw its biggest annual rise since November 1990, although it is a bit above the 5.4% year-over-year increase for the Labor Department's measure of costs for food consumed at home.

Adjusted for inflation, Thanksgiving costs are up for the first time since 2015 and 7% higher than last year, Farm Bureau data show.

In Chicago, Cinda Shaver, 62, said she now spends at least $120 a week shopping for two people at discount supermarket Aldi, up from $90 previously for the same items.

Cooks can still find deals as the holiday approaches, though.

Visits by Reuters to two grocery stores on Thursday showed prices vary widely. The same basket of items the Farm Bureau checked cost just $40.01 at a Big Y store in Newtown, Connecticut, including frozen turkey for 99 cents a pound.

At Jewel-Osco in Chicago, generic brand frozen turkeys were on sale for as little as 49 cents a pound.

"The good news is that the top turkey producers in the country are confident that everyone who wants a bird for their Thanksgiving dinner will be able to get one, and a large one will only cost $1 more than last year," US Agriculture Secretary Tom Vilsack said in a statement.

The US Department of Agriculture reported that prices for Thanksgiving staples are up about 5% from last year, based on government data. It tracked prices of a 12-pound turkey, sweet potatoes, russet potatoes, cranberries and a gallon of milk.

Hooker, for one, will not cut back on her Thanksgiving feast because of high prices. Instead, she said she will "bite the bullet and have tradition."