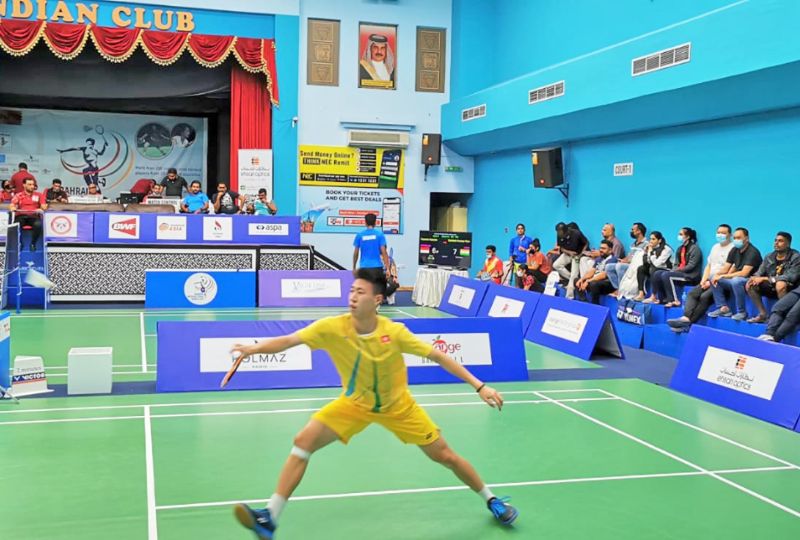 It was a tough day for seeded players in the round of 16 as the main draw of the Bahrain International Series Badminton Tournament 2021 kicked into top gear at the Indian Club.

There are only two out of eight seeds left in the men’s singles and none in the women’s singles, with the biggest surprises of the day being defeats for the two Turkish stars – top-seeded Ozge Bayrat from Turkey, who lost 19-21, 23-21, 21-14 to Anupama Upadhyaya from India after a three-set thriller and Emre Lale, who was beaten comfortably in straight sets by Yonathan Ramlie of Indonesia.

Ihksan Rumbay, the Indonesian top seed in the men’s singles, once again struggled, being taken to 22-20 in the first set by Abhishek Yeligar – but seemed to find some form in the second set, taking it a lot more comfortably at 21-10. Jason Teh is the only other seed to join Rumbay in the quarter finals, overcoming India’s Tharun Mannepilli 21-15, 21-11.

The most competitive contest so far in the men’s singles was the match-up between Bobby Setiabudi from Indonesia and India’s fifth seed, Rahul Yadav Chittaboina. Chittaboina took the first set seeming to act as a catalyst for Setiabudi to storm back and win the next two sets, albeit by the tightest of margins (18 and 19).