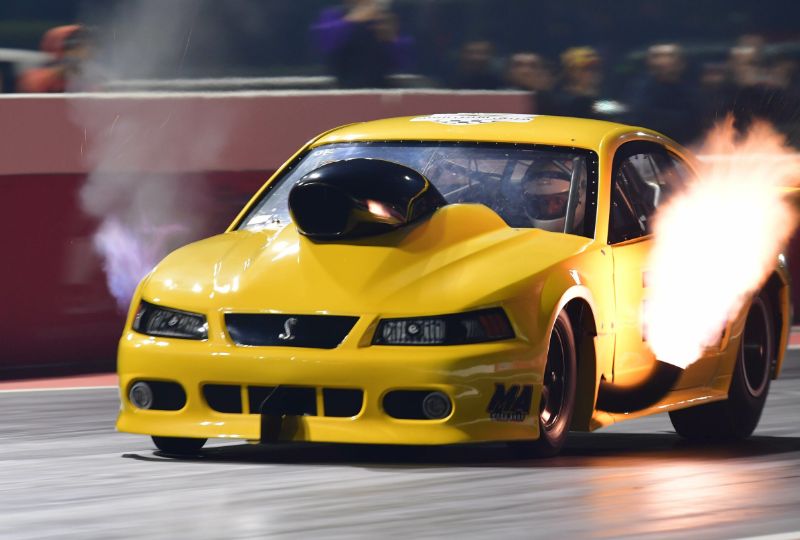 Bahrain International Circuit (BIC) hosted a thrilling season-opener in the 2021-22 Bahrain Drag Racing Championship and it did not take long for the kingdom’s leading drag racing team to make their presence felt.

Bahrain1 Racing headlined the highly anticipated meeting with Khaled Al Balooshi kicking off his title defence in the Pro Mod category with a fantastic victory.

Al Balooshi powered the NHRA world champions to first place in his Gen 3 Camaro Blower. After ultra-quick sub-four second times throughout qualifying and the eliminations, the Emirati wrapped things up with a solid 4.265s run in his final with a speed of 201.79kph. Finishing as the runner-up was Saad Al Murran while Hani Hussain Ali came third.

The championship features 13 categories in all for both cars and motorbikes. Five of those were won by the kingdom’s homegrown talent, including Ali Yousif in the 10.0 Index, Sayed Hussain in the 8.5 Index, Jassim Mohamed Saleh in the Outlaw 4-Cylinder, Faisal Alarab in the Outlaw 6-Cylinder and Hussain Ali in the Pro 29.5 V8.

In the Outlaw 4-Cylinder category, Jassim Mohamed Saleh triumphed with winning marks of 10.376s and 206.32kph. Habub Ali came second in 10.496s at 215.57kph while Ahmed Alsaai completed the podium.

The list of Bahraini victors was rounded off by Hussain Ali in the Pro 29.5 V8. He won the first round of this all-new category with an elapsed time of 4.207s at 288.53kph in the final, where he beat Mohammed Awadh’s 6.426s time at 134.39kph. Abdulla Waleed Al Hatem came third.

In the other cars categories, three Kuwaiti drivers stepped atop their respective podiums. Fahad Al Khuwari won the 9.0 Index class with a 9.082s time at 232.97kph; Sayed Hussain Al Hadad was the winner of the 7.5 Index category with a final run of 7.637s at 293.01kph; and Ebrahim Abdulla took first place amongst the Competition 4.5 competitors with marks of 4.557s at 241.27kph in his final elimination.

A trio of participants from Saudi Arabia and one other from Kuwait were victorious in the four classes for motorbikes. In the Street Fight Bikes 9.5, Saudi’s Theeb Al Qahtani was the winner at 9.605s and 245.01kph. Fadi Abu Jamus, also from Saudi, clinched the 8.5 Index Bikes category with an 8.571s elapsed time at 217.31kph. Mishari Al Turki completed the Saudi treble, taking the Pro Street Bikes class at 4.506s and 266.09kph.

Amongst the Outlaw Bikes, Fahad Alharbi from Kuwait triumphed with a time of 5.230s at 174.35kph.