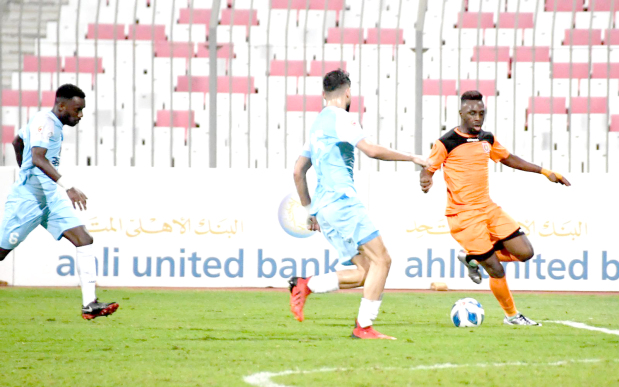 Riffa and Al Hala players battle for the ball

Muharraq claimed their first victory of the season in the Nasser Bin Hamad Premier League defeating Al Najma 2-0 in the sixth round last night.

Amine Benadi and Flavio Carioca scored in the 65th and 85th minutes to help Muharraq clinch victory in their fourth match of the season. They are eighth in the standings with four points while Najma are two places ahead with six.

Manama and Riffa top the points table with 14 each, five clear of third-placed East Riffa.

The sixth-round matches started on Saturday with last season’s runners-up East Riffa easing past Al Ahli 2-0. In another match on Saturday, Al Khalidiyah and Al Hidd played out a 1-1 draw.