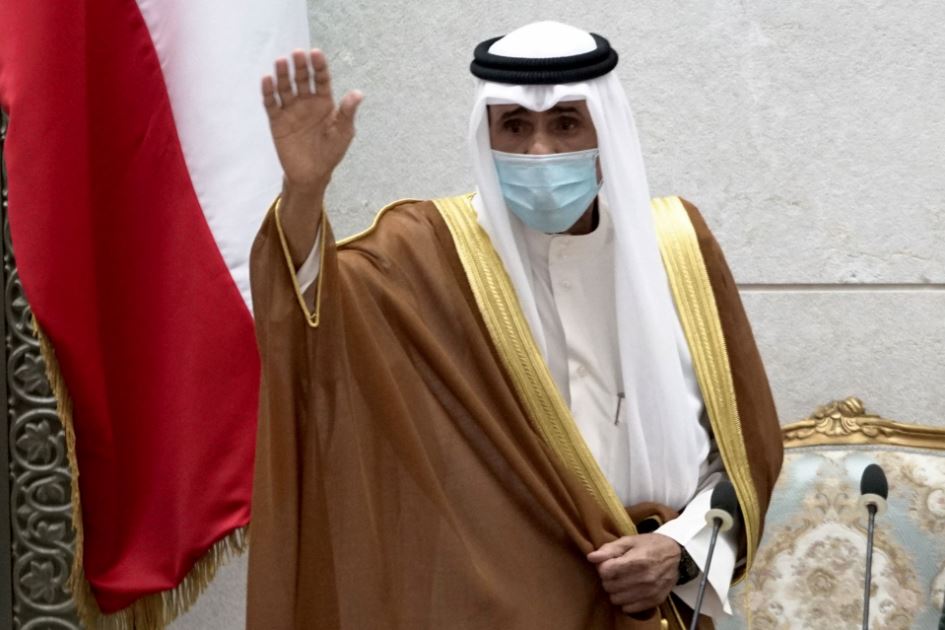 DUBAI: Kuwait's Amir Shaikh Nawaf Al Ahmad Al Sabah made a public appearance on state television on Wednesday more than a week after temporarily handing over most of his responsibilities to the Gulf state's crown prince, his designated heir.

Shaikh Nawaf, had asked Crown Prince Shaikh Meshal Al Ahmad Al Sabah to take over most of his main constitutional responsibilities, without specifying for how long.

The crown prince on Tuesday renamed Shaikh Sabah as premier and asked him to form a new cabinet, following the government's resignation on November 8 in a move aimed at ending a standoff with the elected parliament that has hindered fiscal reform efforts.

Shaikh Nawaf wished the three men success in their mission, stressing "the great responsibility" they face.

As part of efforts to defuse the feud, the amir had issued an amnesty pardoning political dissidents, including former MPs in self-exile abroad, some of whom returned home last week.

Several opposition lawmakers had sought to question Shaikh Sabah on various issues, including the handling of the coronavirus pandemic and corruption allegations.