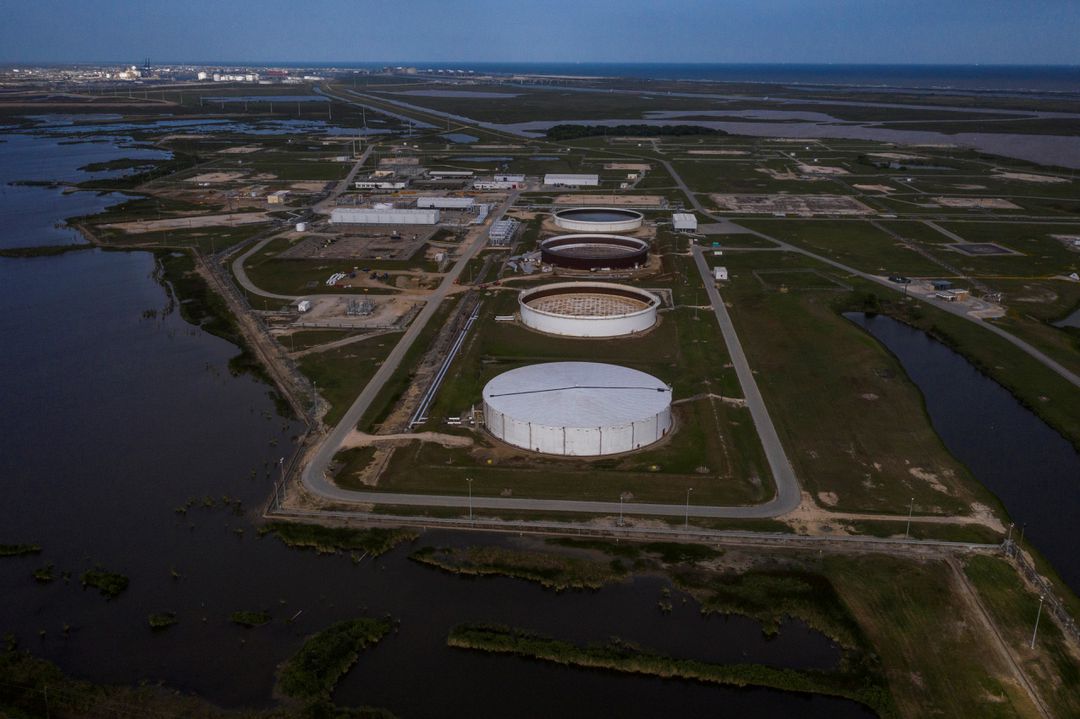 The United States will sell 32 million barrels of crude from four Strategic Petroleum Reserve (SPR) sites to be delivered between late-December and April 2022, the Department of Energy (DOE) said as it auctions oil to try to lower global prices.

International oil prices have held above $80 a barrel even after U.S. President Joe Biden's administration announced on Tuesday it will release millions of barrels of oil from strategic reserves in coordination with Britain, China, India, South Korea and Japan.

However, traders said they expected the sale of SPR oil, which is mainly blended sour, or high-sulphur, crude, will depress the value of U.S. sour crude grades, such as Mars and Southern Green Canyon, and benefit buyers in Asia, which processes mainly high-sulphur oil.

Deliveries will take place January through April 2022, with early deliveries accepted in late December, it added.
Buyers will have to return the oil at later dates between 2022 and 2024, the DOE said.

Companies are required to submit bids on Dec. 6 and contracts will be awarded no later than Dec. 14.

One trader speaking on condition of anonymity said, spread over four months, the release equated to a steady 270,000 barrels per day stream of medium sour grades providing direct competition to Mars.

The quality of crude to be released will have API gravity of 31 to 33 degrees, the trader said, adding it was "very good news" for Asian buyers of Mars.
The grade, already valued at around minus $3.50 per barrel versus WTI on Wednesday, is expected to weaken further.

South Korea is a leading buyer of Mars crude in Asia while China has purchased the grade whenever the arbitrage window is open.

The prompt WTI monthly spread has also flipped into contango after the SPR announcement, which makes it economic for traders to ship the oil over long distances as its value increases over time.

The DOE will also announce the sale for up to 18 million barrels of SPR crude no sooner than Dec. 17.
The winners of a regular, legally required U.S. SPR sale in September of 20 million barrels of crude were: Atlantic Trading & Marketing Inc, an arm of French company TotalEnergies, Chevron USA, ExxonMobil Oil Corp, Marathon Petroleum Supply and Trading, Motiva Enterprises, Phillips 66 Co, Unipec America Inc and Valero Marketing and Supply Co.