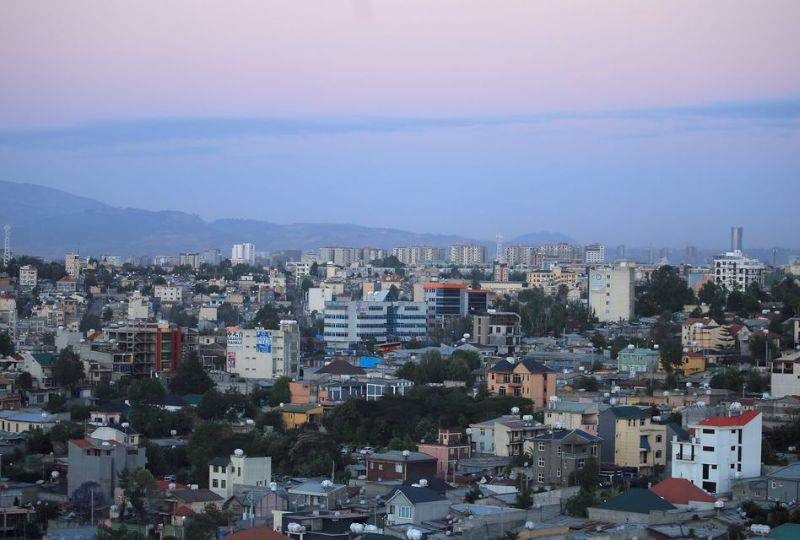 A general view of the skyline of Addis Ababa, Ethiopia November 3, 2021. (Reuters Photo)

ADDIS ABABA - Ethiopia's government has asked the United States to stop spreading falsehoods against the country, the state minister of communication said on Thursday, after the U.S. State Department issued an alert about potential "terrorist attacks".

Prime Minister Abiy Ahmed's government and rebellious forces from the Tigray region in the north have been fighting for more than a year, in a conflict that has killed thousands and displaced millions in Africa's second most populous nation.

This week the Irish government said Ethiopia had expelled four of six Irish diplomats because of Ireland's stance on the conflict. Ethiopian government spokespeople have also warned against unnamed external threats and criticised Western governments for what they say is inaccurate coverage of the war.

He referred to a U.S. embassy statement on Tuesday that urged its citizens to maintain a high level of vigilance due to "the ongoing possibility of terrorist attacks in Ethiopia."

Earlier this month, tens of thousands of Ethiopians rallied in the capital to denounce the United States for alleged interference in Ethiopia's internal affairs.

On Thursday, dozens of protesters took their anger to the U.S. embassy in the city, where they displayed banners saying "Interference is Undemocratic" and "Truth Wins".

State-run Ethiopian Press Agency said a protest also took place outside the U.K embassy. It was not immediately possible to reach the U.K. government for comment. On Wednesday, Britain asked its nationals to leave Ethiopia immediately.

More than 400,000 people are facing famine in Tigray, the United Nations has said for months.

A convoy of about 40 trucks carrying relief supplies, including food, had left for Tigray from neighbouring Afar, the U.N. said on Wednesday. The U.N. estimates 100 trucks should be entering Tigray each day to meet humanitarian needs.