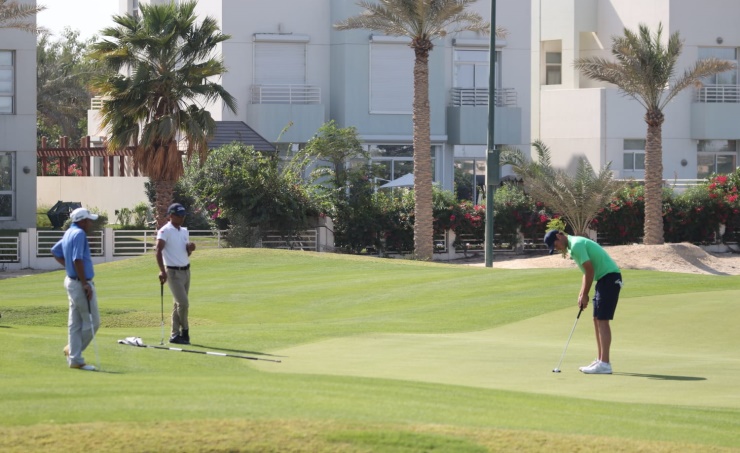 They outclassed their opponents in the professional category, with 138 points.

They were followed by Briton Sam Hobday and Sweden’s Jasper Alem, who collected 139 points each.

Moroccan Karim Al Hali and Briton Zain Scotland finished fifth in the tournament, being held at the Royal Club, with 141 points.

Five Bahraini players who have reached the final of the tournament will vie for a berth on the podium in the amateur category.

A book documenting the history of golf in Bahrain will be launched today. Authored by Abdulla bin Said Al Kaabi, the Success Story to Tell, is published by the Bahrain Golf Federation.

The curtain will fall on the competition today. The final will tee off at 7am.