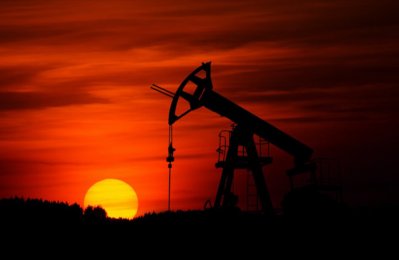 Low salary in Middle East energy sector
Almost half of all energy workers in the Middle East are considering leaving the energy industry within the next five years, according to a new research.
Among workers in the Middle East the most common reason for planning to leave the sector was low salary, mentioned by 31% of respondents. This was followed by lack of good benefits – 25% – and personal lifestyle changes, cited by 22%, a survey by leading global energy recruitment specialists Oilandgasjobsearch.comand Brunel found.
As a global comparison, low salary was raised as a key issue by 25% of workers who were planning to exit from the industry. Personal lifestyle changes were also mentioned by 25% of respondents.
Lack of good benefits, mentioned in 22% of responses, was the third-most common reason for workers worldwide to be considering their futures within the industry.
In the survey of nearly 17,000 energy professionals worldwide, 47% of respondents in the Middle East said they were thinking about moving out of the industry.
This was the highest figure in the world and contrasts with a global average of 43%.
A further 22% of Middle East energy professionals said they were unsure about whether they wished to remain in the industry.
Addressing recruitment challenges, 42% of recruiter responses from the Middle East identified inadequate succession planning for knowledge transfer as the key driver of skills shortages.
To remedy this 50% of recruiters and senior leaders said their companies were investing in training and development of their existing workforce but only 26% said they were offering better compensation and benefits.
Other findings from the survey, revealed that the biggest challenge facing the industry, cited by 37% of recruiters from the Middle East, was a reduction in demand for oil and gas as a result of increased interest in renewable and alternative energy sources.
Gareth Ford, Business Development Manager at Oilandgasjobsearch.com comments: “The skills shortage has been a challenge that we’ve consistently outlined in our outlook report over the past decade. Retaining existing skillsets has never been so important given the impact the pandemic has had on the energy workforce. Current employee sentiment points strongly to a better work-life balance and a safer working environment, thus shifting the goal posts for employers to make necessary changes.
Hari Singh, Sales Director at Oilandgasjobsearch.com and Energyjobsearch.com comments: “The biggest challenge with high gas prices isn’t always a lack of supply, but a shortage of labour to extract the resources. Covid-19 lockdowns have had a detrimental impact over the past couple of years, and with many people still self-isolating, some smaller companies have been forced to close, creating vulnerabilities in a network where predictability is paramount.”-- TradeArabia News Service