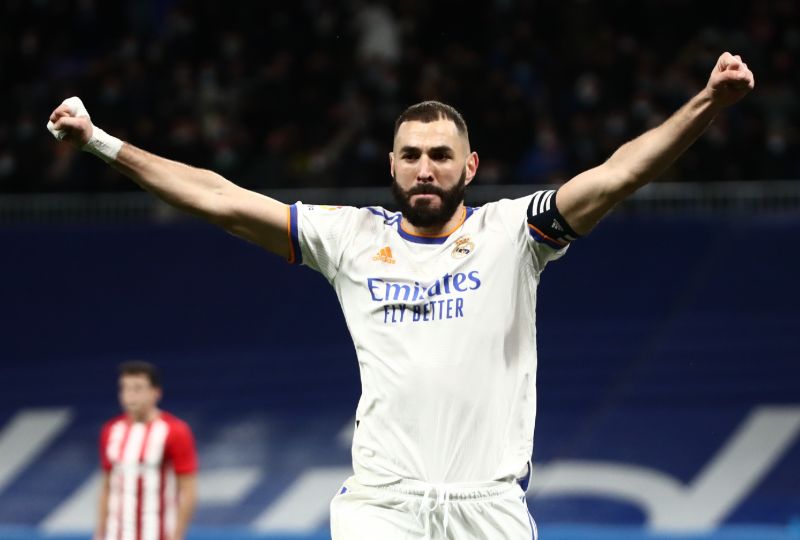 MADRID: A first-half goal from Karim Benzema gave Real Madrid a 1-0 win at home against a feisty Athletic Bilbao on Wednesday to move them seven points clear at the top of LaLiga.

After coming from behind to beat Sevilla 2-1 on Sunday, Real had a game in hand to play against Athletic and they took advantage of the opportunity to take control at the summit.

Bilbao keeper Unai Simon saved a Marco Asensio shot from outside the area, Luka Modric mis-hit the rebound and it landed at the feet of Benzema, who finished into the empty net.

The France striker celebrated with the Real fans, who chanted “Benzema is Ballon d'Or” after he missed out on the award for the best player in the world earlier in the week.

"Benzema deserved to win the Ballon d'Or," keeper Thibaut Courtois told reporters. "It was weird. Looks like the voters only look at what happens in Copa America and the Euros, don't look at the season as a whole."

It was a freezing, rainy night at Santiago Bernabeu, where the fans are getting used to gathering between scaffolding and giant steel girders as Real Madrid continue the 800-million-euro ($905.36-million) renovation of their emblematic stadium while still hosting games.

Real won their fifth straight game but they were far from their recent dominant form and Athletic had as many clear opportunities to equalise as the home team did for scoring a second goal.

The difference was Benzema, who started strongly and almost scored twice in the first 10 minutes, stopped both times by rock-solid Spain international Unai Simon.

Real have won their last seven matches in LaLiga and the Champions League. They are unbeaten in all competitions since losing 2-1 to Espanyol on Oct. 3.