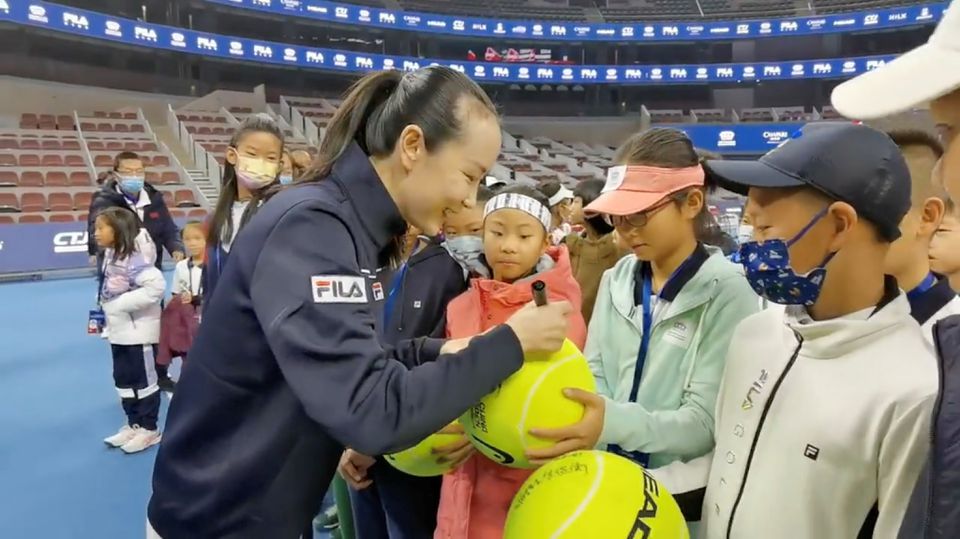 The United States has said it 'applauds' the Women's Tennis Association (WTA) for its decision to suspend tournaments in China over the treatment of former doubles world number one Peng Shuai.

The US is monitoring the situation surrounding Peng and it has not seen or heard anything that allays its concerns for her well-being, a US State Department spokesperson said on Friday.

Peng was not seen in public for nearly three weeks after she posted a message on social media in November accusing China's former Vice-Premier Zhang Gaoli of forcing her into sex, with her whereabouts becoming a matter of international concern.

Neither Zhang, who retired in 2018, nor the government have commented on Peng's accusation and the topic has been blocked on China's heavily censored internet.

The WTA's decision, which could cost the women's tennis organisation hundreds of millions of dollars in broadcasting and sponsorship, was applauded by the sport's fraternity.

On Thursday, Beijing took umbrage at the suspension of WTA tournaments in China, with its foreign ministry saying China "opposes the politicization of sports".

Peng, a three-time Olympian, appeared in mid-November at a dinner with friends and a children's tennis event in Beijing, photographs and videos published by Chinese state media and by the tournament's organisers showed.

The International Olympic Committee (IOC) said it had held a second video call with the 35-year-old on Wednesday following one late last month.