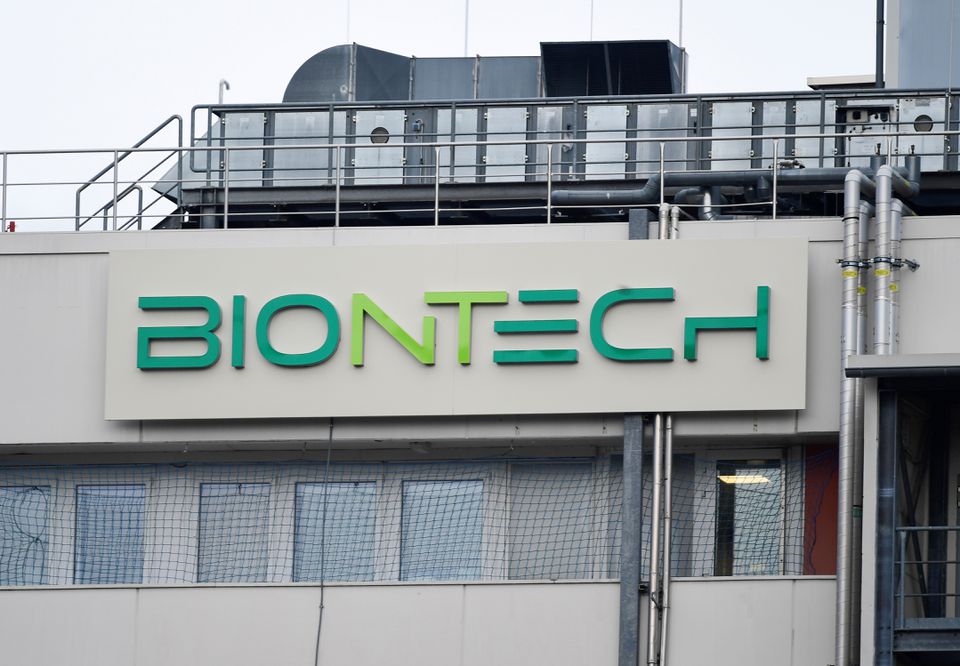 BioNTech should be able to adapt its coronavirus vaccine relatively quickly in response to the Omicron variant, and the next few weeks will show how urgently an upgrade is needed, its CEO Ugur Sahin told the Reuters Next conference on Friday.

Sahin said people should continue to seek the established shot, developed with Pfizer (PFE.N), as it very likely continues to protect against severe disease.

"I believe in principle at a certain timepoint we will need a new vaccine against this new variant. The question is how urgent it needs to be available," Sahin said.

He reiterated that a product relaunch could be achieved within about 100 days and said a redesign is already under way. But any confirmation of the existing shot's protection against severe disease could buy developers time for a more measured approach.

If third booster shots still prevent disease at an 85-90% rate "we would have more time to adapt a vaccine", he said.

Germany's BioNTech and Pfizer together produced one of the first vaccines against Covid-19, with well over 2 billion doses already given to protect people around the world.

There are concerns that the vaccines might not work as well against the Omicron variant which emerged last month.

Sahin reaffirmed his view, stated in a Reuters interview on Tuesday, that the new variant might infect vaccinated people but would likely prevent the need for hospital care.

"We expect that this new variant will evolve as an antibody escape variant. That means this variant might be able to infect vaccinated," Sahin said.

"We anticipate that infected people who have been vaccinated will still be protected against severe disease," Sahin added.

The BioNTech CEO, whose work until the emergence of the Covid-19 coronavirus in 2020 was focused on cancer, said the new variant had emerged sooner than he had anticipated.

Sahin also said that mutations in the virus meant it was more likely that annual vaccinations would be the norm, as is the case with seasonal flu.

Much remains unknown about Omicron, which was first detected in southern Africa last month and has been spotted in at least two dozen countries. It emerged just as parts of Europe were already grappling with a wave of Delta variant infections.

Asked how infectious the Omicron variant might be, Ozlem Tureci, BioNTech's chief medical officer and its co-founder said the next days or weeks would show.

BioNTech has been criticized for a slow rollout of vaccine deliveries in low-income countries. CEO Sahin said that a planned vaccine production network in Africa would eventually be transferred into local ownership and control.

"Our most important concern is to ensure that the quality is established. How this could be guaranteed when we transfer our technology, and when we transfer also the ownership, is something that we are discussing at the moment," he added.

But vaccine patents should not be waived, as US President Joe Biden has suggested, because any knowledge transfer would require BioNTech's hands-on involvement.

"I'm not against patent waivers," he added. "I'm seeking solutions."