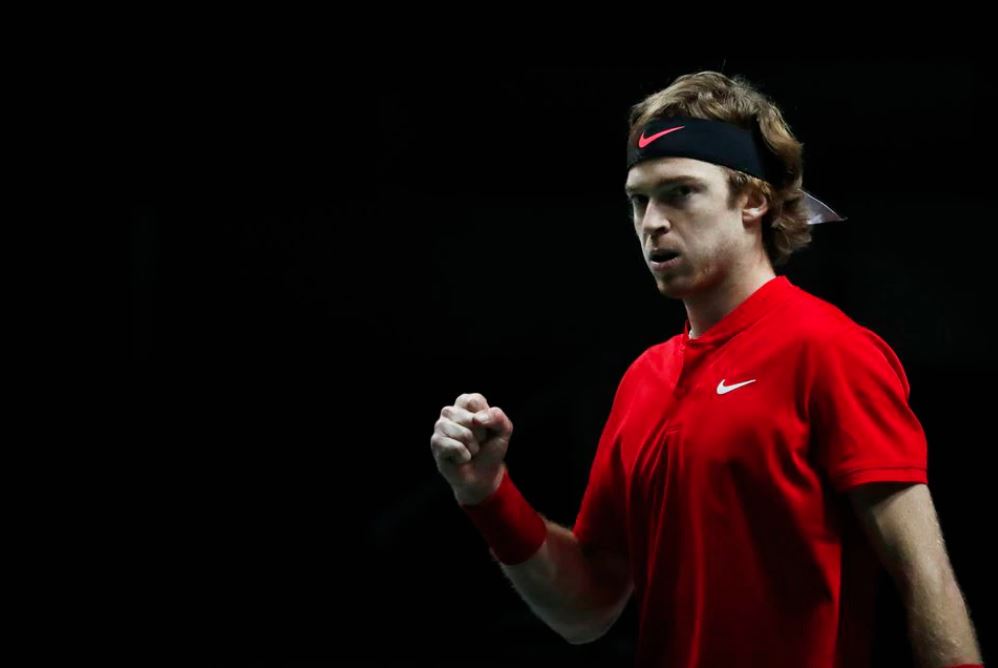 Rublev smashed down six aces in the first set in Madrid and world number 58 Koepfer wilted remarkably as the Russian broke at every opportunity in the second to wrap up the opening match in 49 minutes.

Germany's task in trying to remain in the tie does not get any easier with Jan-Lennard Struff coming up against US Open champion Daniil Medvedev in the second singles rubber later on.

Both countries are vying to reach the final on Sunday against 2018 champions Croatia, who overcame a Novak Djokovic-led Serbia on Friday.