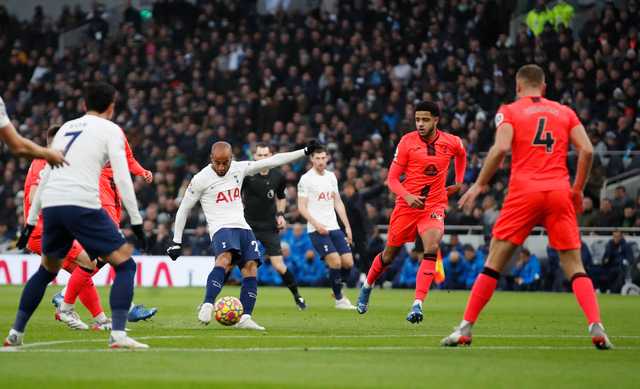 An early goal from Lucas Moura and two after halftime from Davinson Sanchez and Son Heung-min ensured a third successive Premier League win for Tottenham Hotspur as they beat Norwich City 3-0 at home on Sunday.

Victory lifted Spurs into fifth place with 25 points from 14 matches, 10 points off the top of the table but with a game in hand, as new manager Antonio Conte continued to make an impact.

Moura gave the home side a 10th-minute lead with a shot from outside the penalty area that proved as impressive a finish as the slick build-up that led to it.

Sanchez thrashed home a loose ball from close range from Son’s corner to double the lead after 67 minutes and effectively snuffing out some enterprising passages of play from struggling Norwich.

Ten minutes later Son held off the visiting defence to work himself into position and smash the ball past Tim Krul in the Norwich goal.