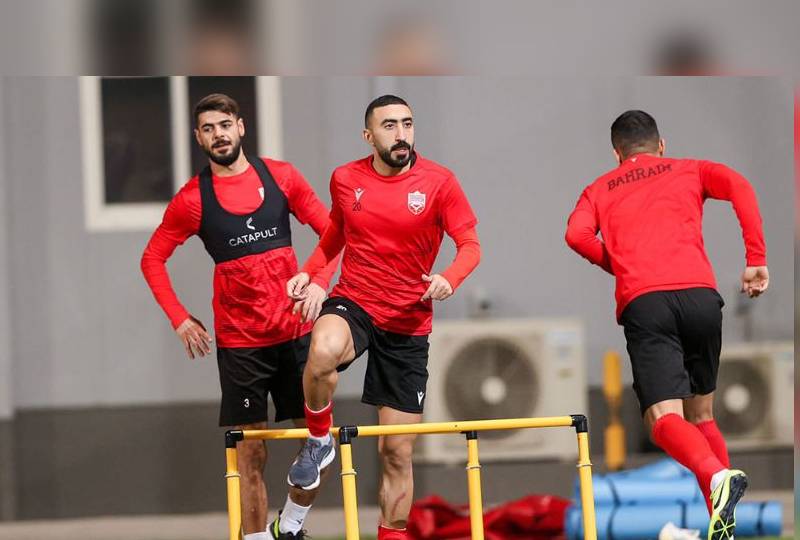 DOHA: Bahrain’s fate will be decided today when they take on Oman in a crucial match of the 10th Arab Cup at the Ahmed Ben Ali Balrian Stadium.

Qatar play Iraq in another decisive match in the last round of Group A competitions.

Everything is still to play for in the group, with Iraq, Oman and Bahrain vying to join group winners Qatar in the knockout stages.

Bahrain will qualify for the last eight only if they beat Oman and Iraq lose to Qatar. However, a win against the hosts will be enough for Iraq to qualify.

The Oman-Bahrain fixture is the oldest rivalry among this year’s Arab Cup competitors, with the two sides having faced each other 40 times previously.

The history books show there is little between them, with Bahrain having won 12 of those games, just one more than Oman, and the remaining 17 meetings ending in draws. Bahrain’s last triumph over Oman came 11 years ago, at the 2010 West Asian Football Federation Championship, when the experienced Ismaeel Abdullatif scored twice to guide his team to victory.

It is expected that Bahrain’s Portuguese coach Helio Sousa will make several changes to the starting line-up, especially in the midfield and attack.

“We need confidence, and I think it will come if the three points are achieved, and hopefully things will work out for us, but first we have to focus well in today’s game and win,” Sousa told a Press conference.