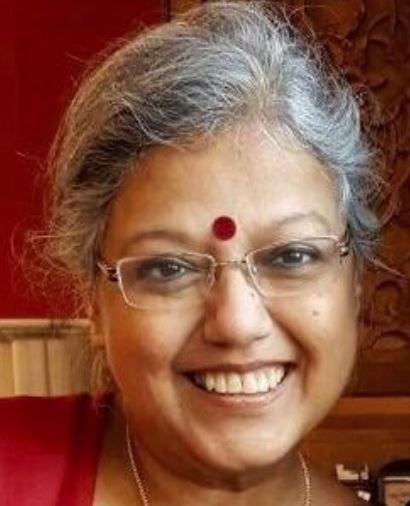 About six years ago, I decided to stop colouring my hair. I wasn’t making any philosophical or political statement – I just felt comfortable admitting that my raven-hair days were behind me.

The reactions this move elicited were interesting. One businessman whom I had interviewed often, took me aside at a Press conference and asked me with quiet disappointment why I had decided to go grey. Another well-meaning gentleman asked my husband why he had ‘allowed’ me to take such a step (to which my husband truthfully replied that he had not been consulted).

Women, on the other hand, were mostly admiring.

Many told me they had often considered such a move but lacked the ‘courage’ – a statement that made me feel guilty because this was such a seemingly superficial decision for me. Many women also comment that men face much less pressure to look a certain way. Each look is dignified for a man by making it a virtue – grey is ‘distinguished’, bald is ‘sexy’ and a rubber-banded ponytail is ... ‘Johnny Depp’?

Today, when I am more or less fully salt-and-pepper, I have transitioned from being ‘careless’ to being ‘elegant’ in most people’s eyes. Of course, that’s also because the pandemic and those months of no beauty salon services saw many women adopt the grey look and Fifty Shades soon became a fashion statement and not just a risqué book!

We live in a world that’s almost entirely driven by visual appeal these days. We want our music to be accompanied by video, our food needs to be not just tasty but Instagrammable and our achievements count for nothing unless recorded online and applauded on social media.

One of the first apps most people download is a photo-edit tool so that they can enhance their photograph, never mind whether it is themselves or a slice of pizza.

Indeed, research by the UK-based Education Policy Institute found that social media can influence children as young as five to think about appearance and even consider extreme steps such as dieting to fit a certain body-image.

Mind you, its not a gender bias – young boys feel compelled to work for a ‘six-pack’ as much as girls seek a ‘thin’ look and both boys and girls often display prejudices against specific racial appearances.

It can manifest itself in cruel online bullying that can distort lives and even lead to eating disorders or unnecessary medical procedures.

As we prepare to emerge from a two-year long online incarceration and return to schools, playgrounds and offices, we need to seriously consider a digital detox.

Look, like electricity, social media is a way of life and cannot be wished away – it’s no use denying its powerful influence on how we perceive ourselves. But perhaps we can reclaim the right to switch off and step into the 3D world to maintain our sense of reality?

Recently, a friend with a busy social life went on a self-imposed fortnight of social media exile.

I would love to tell you she came back much improved but the truth is she has remained curiously tight-lipped about her offline experience. It takes effort, planning and a lot of will-power to stop being a cog in the meta-universe of social media. Perhaps, as 2022 dawns, we can put this on our wish-list and take back control so that we become more than mere content on the screen of the Internet.