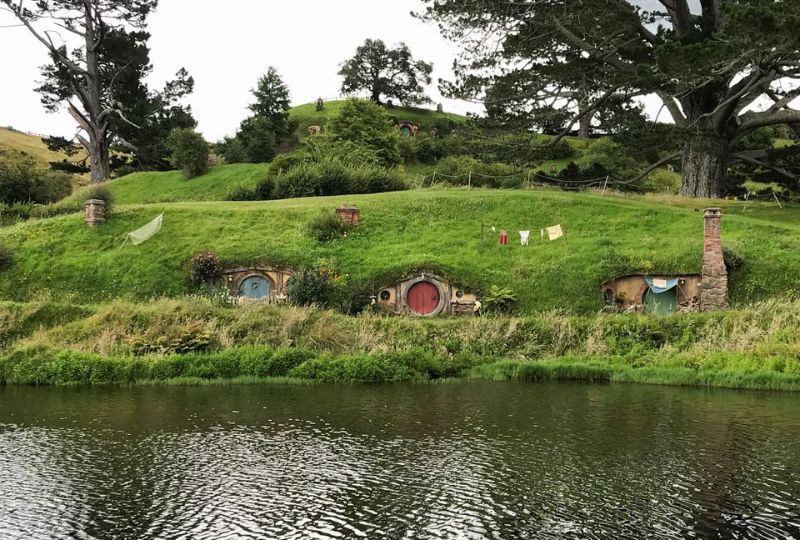 WELLINGTON - Middle-earth came to life again this week as New Zealand celebrated 20 years since the premiere of the "Lord of the Rings" trilogy with special screenings, costume exhibition and art displays.

Friday marked the 20th anniversary of when the first feature film of the J.R.R Tolkien's "The Lord of the Rings" and "Hobbit" trilogies premiered at Odeon Leicester Square in London on Dec. 10, 2001, bringing instant fame to New Zealand's rolling hills, meadows and forests, which were the backdrop for the mythical Middle-Earth.

Screenings were planned in cinemas in Auckland and Wellington, including an outdoor screening on Friday in Hobbiton, a sheep and beef farm about 160 kilometers from Auckland, famous as "the home of the Hobbits".

"This event was sold out quicker than any we have ever done," said Shayne Forrest, general manager of Hobbiton.

Fans coming to the screening have been preparing their costumes for nearly 12 months, Forrest said, adding he expects to see many dressed as Hobbits, the Dark Lord Sauron, Orcs and Gollums.

"We have a Sauron coming who has a full armour suit and a full head dress, and he is not going to fit on our bus," Forrest said.

New Zealand's tourism industry has been hurt over the last 20 months by border closures and pandemic restrictions. Hobbiton received 650,000 tourists each year before the pandemic, but saw just 90,000 visitors in the last 12 months. It cut its staff to 50 people from about 320.

The celebrations this week were an opportunity to put New Zealand on the world stage again, Forrest said.

The hairy feet and pointed-ear Hobbits are set to hit the screens again as Amazon Studios began filming of the “The Lord of the Rings” series in New Zealand last year, a TV show widely tipped to be the most expensive ever made.

But Amazon said the second season of the multimillion-dollar television series will be filmed in the United Kingdom, moving Middle-earth out of New Zealand for the first time.

The series' success helped New Zealand's film industry attract some of the biggest Hollywood productions, including James Cameron's "Avatar" and more recently Jane Campion's "The Power of the Dog" and Netflix series such as "Sweet Tooth".