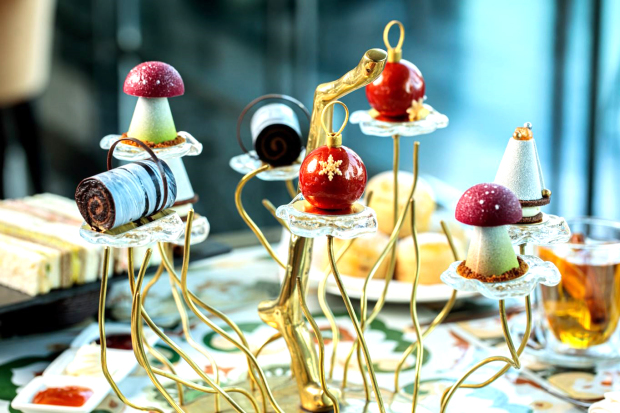 • National Day will be marked from December 16 to 18, from noon to 9pm, with a host of experiences, including complimentary gahwa and halwa served in the lobby, special Bahraini-themed desserts and a Winter Wonderland Afternoon Tea at Bay View.

• Experience Christmas Brunch at CUT by Wolfgang Puck on December 24, from noon to 3.30pm, featuring traditional Christmas cuisine accompanied by music and fun, priced at BD34net inclusive of soft beverages and BD48net with an extended beverage package.

• Enjoy seasonal classics at Bahrain Bay Kitchen’s Christmas Brunch on December 25, from 1pm to 4pm. Savour a traditional roast turkey with all the trimmings, international delights, festive desserts and more complemented by live music and a special visit from Santa Claus. It is BD49net inclusive of soft beverages and BD60net with select beverages. Complimentary for children under the age of five, with a 50 per cent discount for those aged six to 12.

• Ring in the New Year on December 31, from 8pm to 2am, at Bahrain Bay Kitchen with live jazz music and an international feast made by Executive Chef Leonardo Di Clemente including live cooking stations from around the world. Priced at BD55net inclusive of soft beverages and BD65net with select beverages until midnight. Dining is 50pc off for children aged six to 12.

• Enjoy a black and gold-themed New Year’s Eve party at the Pool Deck with sumptuous food, entertainment and saxophone tunes from 9pm to 2am, with tables starting from BD300 – advance reservations necessary.

• For those that don’t feel like cooking, Executive Chef Leonardo and his team will prepare a holiday feast for you, delivered to your home.

Deliveries will be available on December 24 and only pick-up service from Bay View is offered on Christmas Day. It’s BD90net for six people for a roast turkey with all trimmings, BD170net for six persons for a full festive feast. Complimentary delivery orders over BD40.