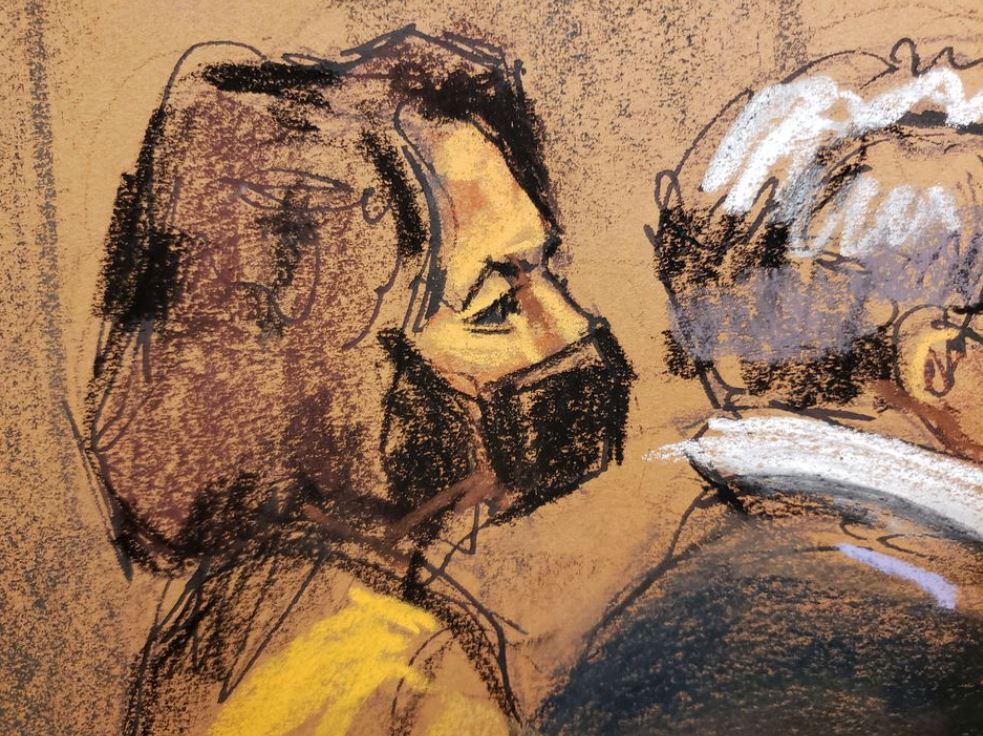 Jeffrey Epstein associate Ghislaine Maxwell sits near her defense lawyers as deliberations extended into a second week in a courtroom sketch in New York City, US, December 27, 2021. (Image credit: Reuters)

The jury in British socialite Ghislaine Maxwell's sex abuse trial was due to reconvene on Tuesday, following three full days of deliberations in which jurors have reviewed testimony from four women who said Maxwell set them up for abuse.

Maxwell, 60, is accused of recruiting and grooming the four women to have sexual encounters with the late financier Jeffrey Epstein when they were teenagers.

Over a three-week trial, jurors heard emotional and explicit testimony from the women, three of whom said Maxwell herself touched their nude bodies.

The daughter of late British media baron Robert Maxwell has pleaded not guilty to six counts of sex trafficking and other crimes.

Her lawyers argue prosecutors are treating her as a scapegoat for Epstein, who killed himself in 2019 in a Manhattan jail cell while awaiting trial on sex abuse charges.

Deliberations in Manhattan federal court began on the afternoon of December 20 and resumed on Monday after a four-day break for Christmas, during which US District Judge Alison Nathan pleaded with jurors to be careful given the surge in Covid-19 cases in the New York area driven by the Omicron variant.

Nathan on Monday asked jurors to consider deliberating until 6pm, one hour later than usual, beginning on Tuesday if they have not yet reached a verdict.

"I don't mean to pressure you in any way," she said. "You should take all the time that you need."

During deliberations, jurors asked Nathan for transcripts of the four women's testimony, as well as the testimony of other witnesses prosecutors called to corroborate their accounts.

Maxwell's defense repeatedly questioned the women's credibility during cross-examination, arguing their memories had become corrupted over the years and that they did not mention any involvement by Maxwell in earlier tellings of their abuse by Epstein.