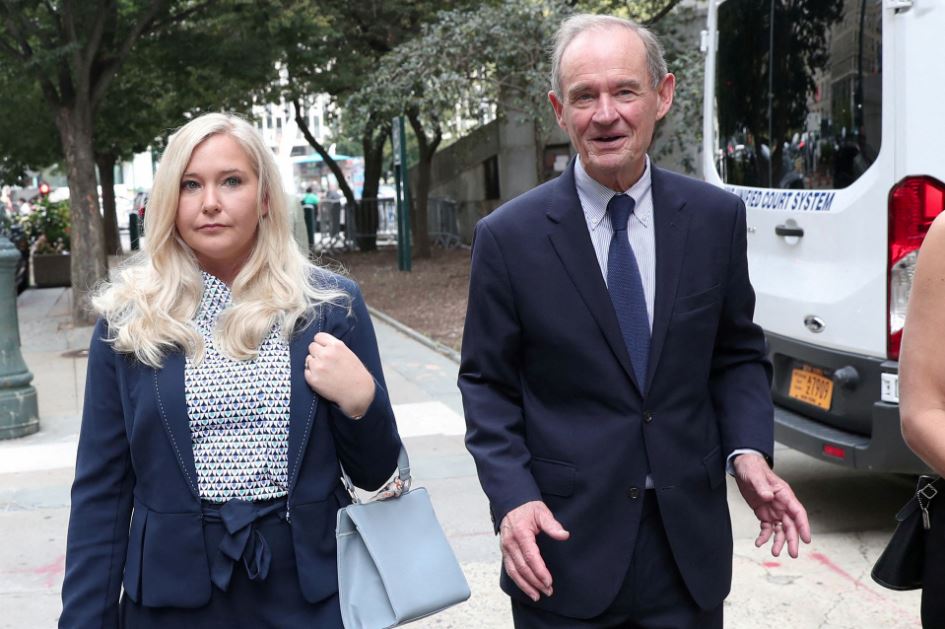 Lawyer David Boies arrives with his client Virginia Giuffre for hearing in the criminal case against Jeffrey Epstein, at Federal Court in New York, US, August 27, 2019. (Image credit: Reuters)

A 2009 settlement agreement between the late financier Jeffrey Epstein and Virginia Giuffre, which bears directly on Giuffre's civil lawsuit accusing Britain's Prince Andrew of sexual abuse, will be made public early next week.

In a joint order on Wednesday, US District Judges Lewis Kaplan and Loretta Preska in Manhattan ordered the agreement's release on or about January 3, 2022, finding no reason to keep it under seal.

Kaplan oversees Giuffre's lawsuit accusing Andrew of forcing her to have sex more than two decades ago when she was under 18 at the London home of former Epstein associate Ghislaine Maxwell, and abusing her at two of Epstein's homes.

Preska oversees Giuffre's lawsuit accusing Harvard Law School professor Alan Dershowitz of defaming her when he denied her claim that he was among the men Epstein compelled her to have sex with.

The prince's lawyer, Andrew Brettler, has contended that the 2009 settlement with Epstein released the Duke of York from liability from Giuffre's lawsuit because it covered "royalty," and Epstein insisted it cover anyone Giuffre might sue.

Giuffre's lawyer, David Boies, countered that the settlement applied "at most" to people involved in underlying litigation in Florida, where Epstein had a home, and that Prince Andrew should not use it as a "get out of jail free card."

Andrew has not been charged with crimes. Giuffre's civil lawsuit seeks unspecified damages.

Kaplan is scheduled on January 4, 2022, to hear oral arguments on whether to dismiss Giuffre's lawsuit against Andrew.

In a filing on Tuesday, Brettler called for the case to be halted or thrown out because Giuffre has long lived in Australia, depriving the Manhattan court of jurisdiction, and cannot support her claim that she is a Colorado resident.

Sigrid McCawley, another lawyer for Giuffre, in a statement called that argument "another in a series of tired attempts by Prince Andrew to duck and dodge the legal merits of the serious case Virginia Giuffre has brought."

Epstein, a registered sex offender, killed himself in 2019 while awaiting trial on sex trafficking charges. Maxwell was found guilty by a US jury on Wednesday of helping Epstein sexually abuse teenage girls.