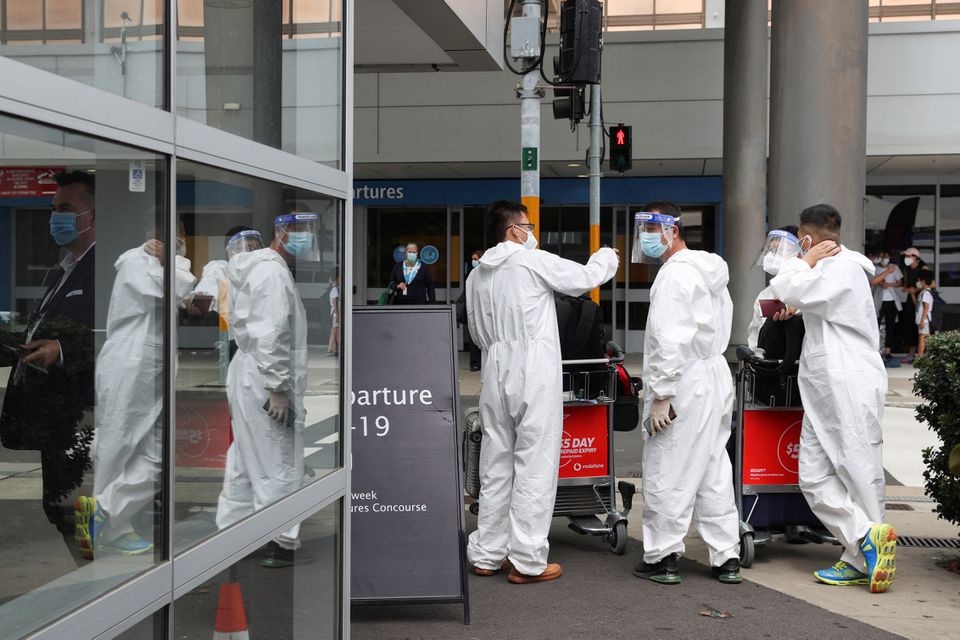 Australia started 2022 with a record number of new Covid-19 cases as an outbreak centred in the eastern states grew, and New South Wales eased its isolation rules for healthcare workers as the number of people hospitalised with the virus rose.

There were four deaths due to Covid in New South Wales and nine in Victoria, taking the national death toll from the pandemic to more than 2,250.

Including cases in Queensland, Tasmania and the Australian Capital Territory, Saturday had already set a national record of 33,161 cases, topping Friday's 32,946, even before numbers from South Australia, Western Australia and the Northern Territory were released.

All Australian states, except for Western Australia, have begun to live with the virus after higher vaccination levels, and the easing in restrictions has pushed cases higher.

The New South Wales government changed its self-isolation rules for asymptomatic healthcare workers who had been classified as a close contact of a Covid case, giving them an exemption if they are considered critical to their workplace.

Over the week since Christmas Day, cases in New South Wales have more than tripled from 6,288. Hospitalisations due to Covid have more than doubled to 901 from 388, while the number of people in intensive care units has risen by around 50% to 79.

The outbreak has affected sporting events. Australia batsman Travis Head will miss the fourth Ashes cricket test against England in Sydney next week after testing positive for Covid.