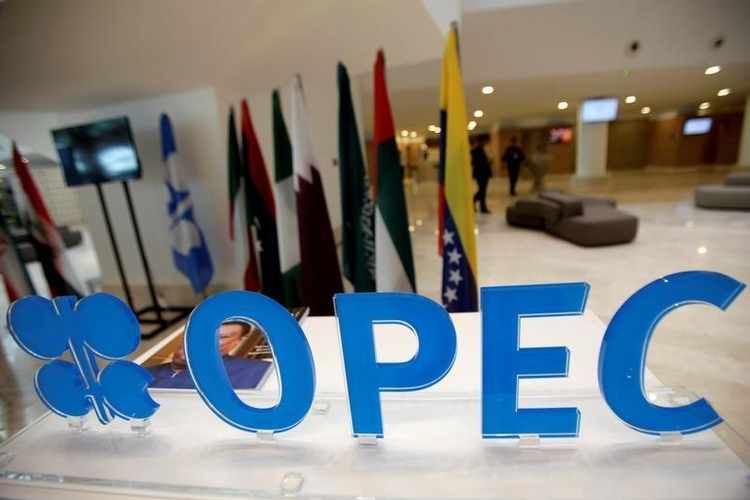 OPEC logo is pictured ahead of an informal meeting between members of the Organisation of the Petroleum Exporting Countries (OPEC) in Algiers, Algeria September 28, 2016. Image for illustrative purposes. REUTERS/Ramzi Boudina

LONDON: Opec+ expects the impact on the oil market from the Omicron coronavirus variant to be mild and temporary, keeping the door open for a further increase in output, a technical report showed yesterday.

“The impact of the new Omicron variant is expected to be mild and short-lived, as the world becomes better equipped to manage Covid-19 and its related challenges,” the Joint Technical Committee (JTC) report said.

“This is in addition to a steady economic outlook in both the advanced and emerging economies,” it added.

The Organisation of the Petroleum Exporting Countries will meet today to discuss the appointment of a new secretary general to succeed Nigeria’s Mohammad Barkindo, two Opec sources said, with Kuwait’s candidate for the job holding widespread support from the group.

Haitham Al Ghais, a former Kuwaiti governor to the Organisation of the Petroleum Exporting Countries, is the only candidate for the role, Opec sources have said.

Current Opec Secretary General Mohammad Barkindo, who helped clinch a deal with non-Opec producers such as Russia to cut global oil output to balance the market, is due to step down at the end of July once his second three-year term ends.

This will be followed by a meeting of Opec and allies led by Russia, known as Opec+, tomorrow, to debate whether to go ahead with raising output targets by 400,000 barrels per day (bpd) in February.

The JTC will also meet today to discuss market fundamentals.

In the report’s base scenario, OECD commercial oil stocks in 2022 will remain below the 2015-2019 average in the first three quarters, and rising above that average by 24 million barrels in the fourth quarter.

The scenario assumes 40m barrels are released from strategic petroleum reserves in the first half of the year, and that 13.3m barrels are returned to the US strategic reserve in the third quarter.

The report kept forecasts for the growth in oil demand in 2021 and 2022 unchanged at 5.7m bpd and 4.2m bpd respectively.