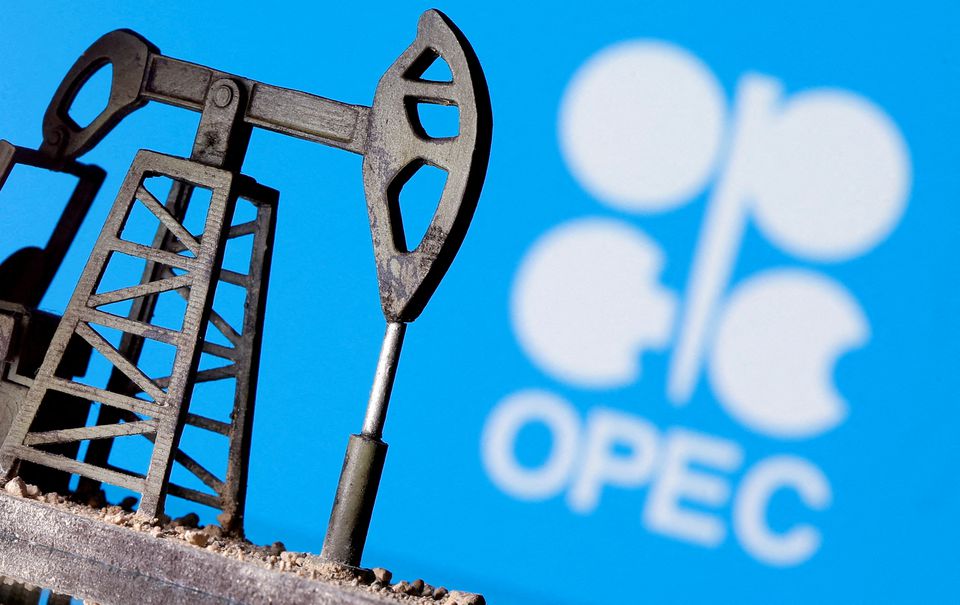 A 3D printed oil pump jack is seen in front of displayed OPEC logo in this illustration picture. (Reuters Photo)

OPEC+ is expected to go ahead with a planned 400,000 barrel per day (bpd) oil production increase in February at its next meeting, three sources from the producer group told Reuters on Monday.

The Organization of the Petroleum Exporting Countries (OPEC) and allies led by Russia, together known as OPEC+, meet on Tuesday to set policy.