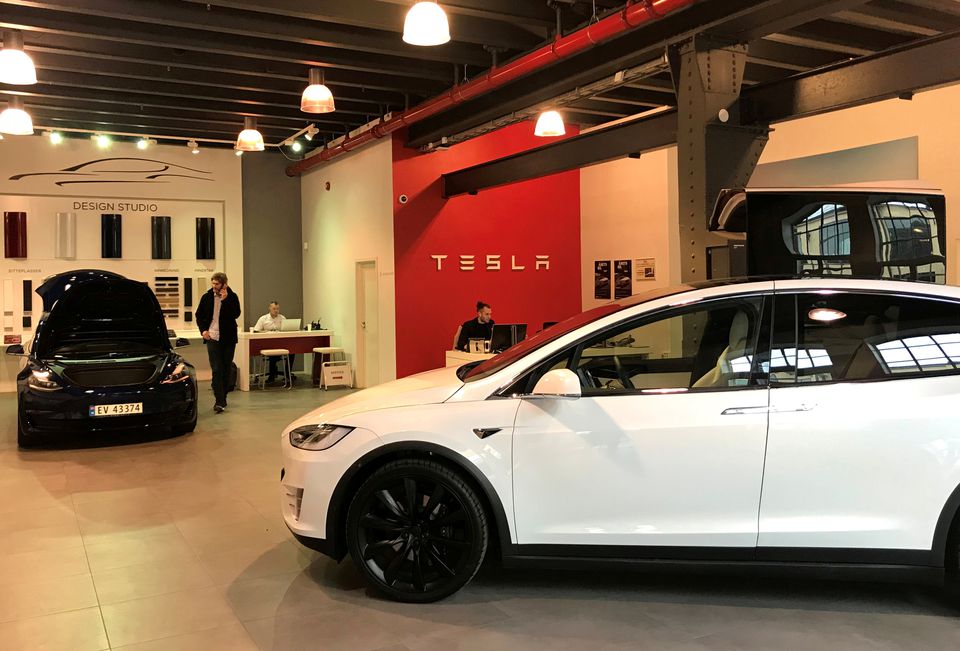 OSLO: Electric cars made up nearly two thirds of Norway’s new sales in 2021, with Tesla the top selling brand overall, as the country pursues its goal of becoming the first to end the sale of petrol and diesel cars.

While Norway, with a population of 5.4 million, has the world’s highest proportion of electric vehicles, China with its 1.4 billion people is by far the biggest overall car market.

This tax break is expected to help drive the proportion of overall electric sales as high as 80 per cent in 2022, ahead of a deadline to end petrol and diesel powered car sales by 2025.

While small, affluent Norway is seen as a key market in which to gain a foothold for new BEV players, including China’s Nio and Swedish Volvo Cars affiliate Polestar.

Tesla had an 11.6pc share of Norway’s overall car market in 2021, making it the number one brand for the first time on a full-year basis ahead of Germany’s Volkswagen with 9.6pc, the Norwegian Road Federation said.

The US carmaker on Sunday reported quarterly deliveries far exceeding Wall Street estimates, riding out global chip shortages as it ramped up China production, which lifted its shares to a one-month high yesterday.

Industry representatives said they expect EV sales to grow to as much as 80pc of the total market in Norway in 2022.