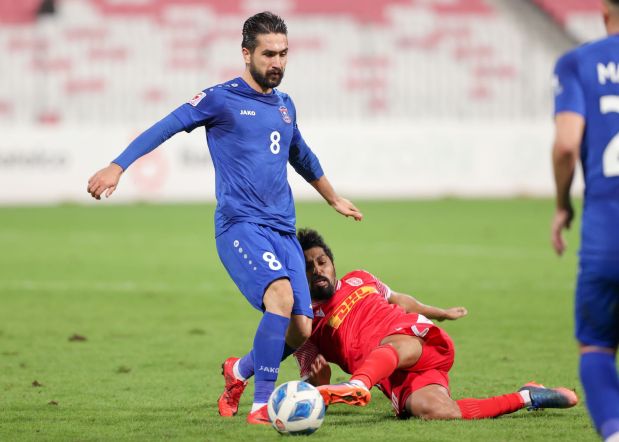 Action from the Manama-Muharraq match

Manama defeated Muharraq 3-0 in the eighth round of the Nasser Bin Hamad Premier League, at the Bahrain National Stadium last night.

Syrian Muhammad Al Hallaq scored twice for Manama, in the 33rd and 42nd minutes, while Mahdi Abdul-Jabbar made it 3-0 in the 47th minute.

With this win Manama have climbed to the top of the standings with 18 points. Muharraq suffered their third loss in the competition and are in fifth place on eight points.

In a second match, Al Ahli and Hidd were tied goalless in a match dominated by missed opportunities. Hidd are currently placed sixth on eight points while Al Ahli are at the bottom of the table on five.