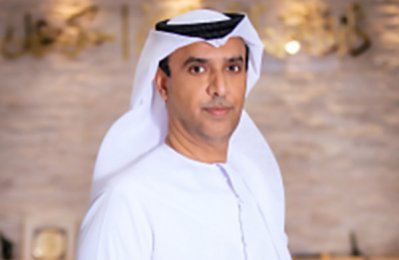 The growth rate of the number of economic licences issued by the Department of Economic Development in Ajman (Ajman DED) during the current year reached 41 percent, a media report said.

The efforts and initiatives launched by the Ajman DED during the current year have resulted in a high growth rate of the Taziz Programme to about 238 percent. The department continues its efforts to support the industrial sector, attract investments, promote industrial products, and encourage owners of medium and small projects while opening new horizons for entrepreneurship.

Abdulla Ahmed Al Hemrani Alshamsi, Director-General of Ajman DED, said, "The department has made unremitting efforts during the current year to develop the economic and industrial sectors to push the wheel of comprehensive development through many initiatives.”

He highlighted the department's efforts in developing digital services and achieving a percentage of 88 percent on the Customer Satisfaction Index regarding the services provided through the website. The change rate for all services was 100 percent, which contributed to saving time and effort for investors in addition to providing distinguished services to them.

He stated that the department signed 54 agreements during the current year, and the percentage of partners' satisfaction reached 85 percent, while the department's satisfaction rate with the partners was 81 percent. The partnership effectiveness rate was 98 percent, while the total transactions resulting from partnerships amounted to 174,671 transactions.

Al Hemrani stressed that the department spared no effort in fully supporting investors and owners of SMEs, through several initiatives, including events and exhibitions, among which was the participation in the Fifty Exhibition, an initiative in Ajman that promotes owners of SMEs, where 45 beneficiaries have benefitted from the initiative, and "The Best" initiative, which enhanced competitiveness among project owners to provide the best to customers.

He also noted that the department contributed to employing the unemployed with a rate of 8.5 percent through the Taziz Programme, which carried out 144 feasibility studies for various projects, seven percent of which were converted to existing projects that support the economic development.