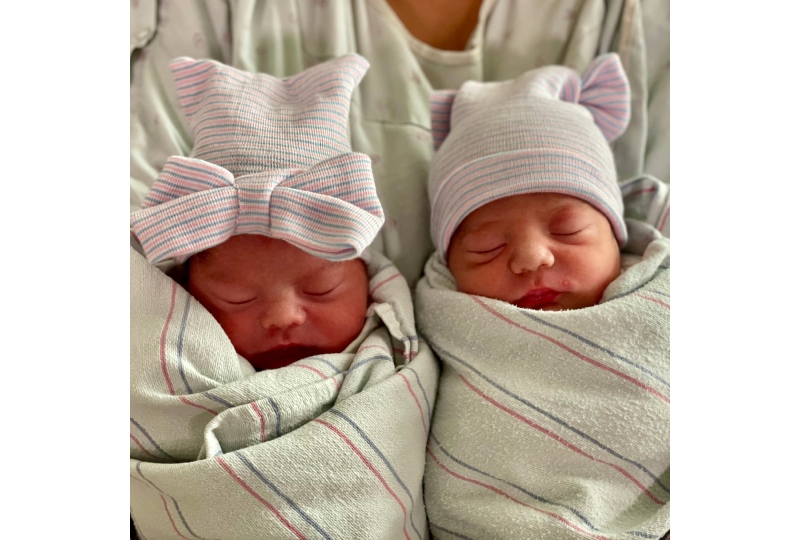 In years to come, Aylin and Alfredo Trujillo who were born over New Year's, may feel they stand out in a crowd because they are twins.

They will certainly have a tale to tell about their birthdays, which fall on different days, months and years.

"It was a surprise," mother Fatima Madrigal, 28, told Reuters on Tuesday in an interview from Greenfield, California.

Madrigal said her partner Robert Trujillo and their other three children, aged 11, 3 and 1, were over the moon with the new arrivals.

"I was kind of shocked because twins don't run in my family, nor in my partner's family," she said. "So we were really surprised that we got blessed with two babies, and it's a boy and a girl, so we're complete."

For now, the twins will celebrate their birthdays on the same day, Madrigal said.

According to Natividad Medical Centre, where the twins were born, there are about 120,000 twin births in the United States every year, but twins with different birthdays are rarer. Some estimate the chance of twins being born in different years as one in 2 million, the hospital said.