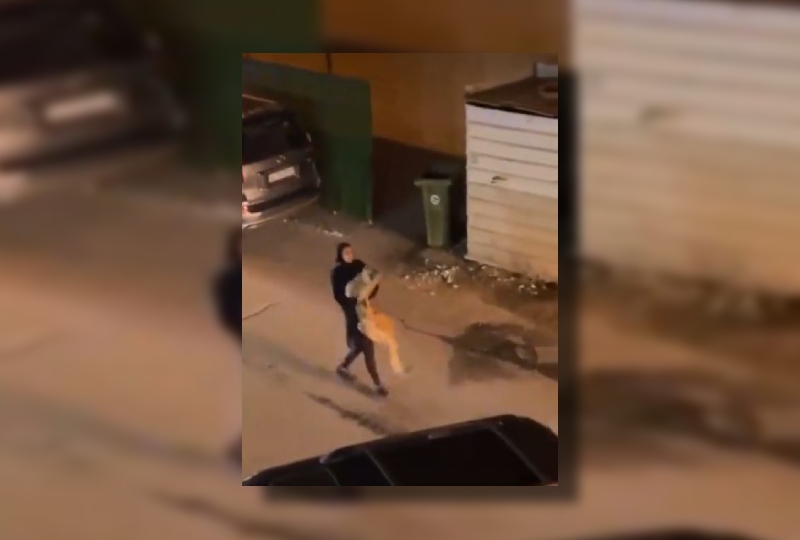 A video of a Kuwaiti woman carrying a struggling lion in her arms has gone viral on social media.

Just 4 days into 2022 and you got people carrying angry freaking lions on the streets lol. pic.twitter.com/vSwnKGOpp0

The pet lioness caused panic in Kuwait City after local authorities in the Sabahiya area received several reports of the big cat on the loose.

The lioness, which had escaped from its enclosure and entered a residential area, is seen being carried by its owner as it struggles to break free from her grasp.