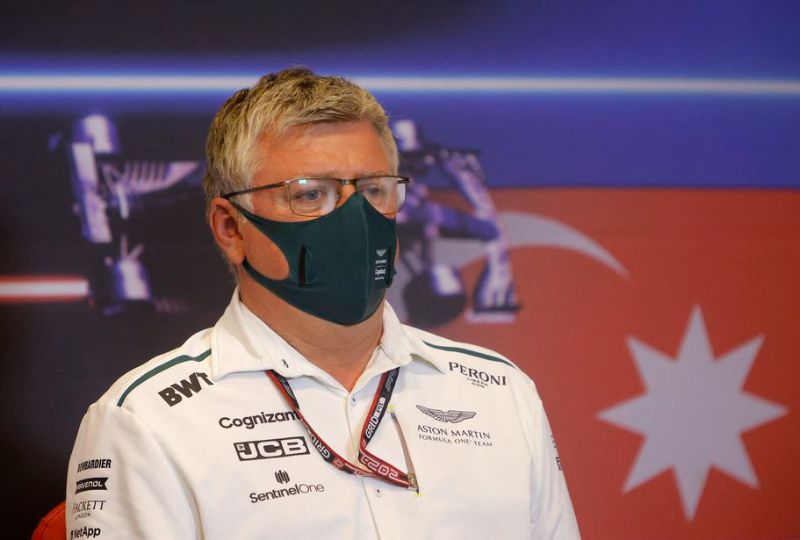 LONDON - Otmar Szafnauer has left the Aston Martin Formula One team, where he was chief executive officer and principal but recently fended off speculation he could be heading to Renault-owned rivals Alpine.

Silverstone-based Aston Martin, owned by Canadian billionaire Lawrence Stroll, said in a statement that a leadership team would take over until a replacement was appointed.

"We would like to thank him for the service provided to the team over the past 12 years and wish him well for the future as he will undoubtedly take on new challenges," Mercedes-powered Aston Martin said.

"Fortunately, we are led and managed by a strong group of individuals, and we are comfortable to take a little time to explore options before announcing a new team structure.

"The focus of the team is currently on preparing the most competitive car possible for the start of the 2022 season."

The season is due to start in Bahrain on March 20.

French publication AutoHebdo reported in November that Szafnauer, a long-time Formula One insider who worked with Honda and then Force India owner Vijay Mallya before that team was taken over by Stroll, had been approached by Alpine.

The Romanian-American executive failed to silence the rumour-mill, despite saying he had a long-term contract with Aston Martin and no intention of leaving.

"I love this team... I've been loyal to this team. I've had many, many offers in the 12 years that I've been working for this team, especially in the days of (Force India) bankruptcy and insolvency," he said then.

"I could have left many times, but I'm loyal to the employees there."

Stroll has been investing heavily in the team, recruiting from rivals and expanding the factory as he seeks to turn Aston Martin into title challengers.

His son Lance is one of the drivers, along with four times world champion Sebastian Vettel.