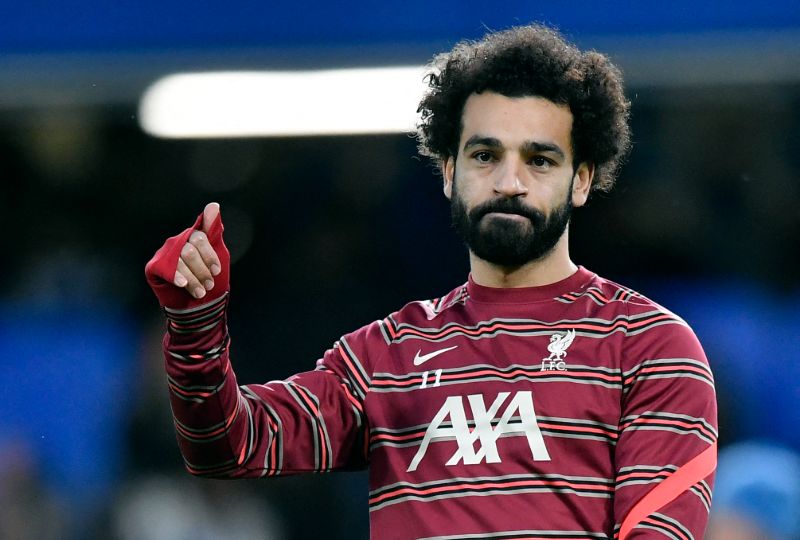 Liverpool's Mohamed Salah during the warm up before the match. (Reuters Photo)

Messi ended his wait for a major international trophy in 2021 when he helped Argentina win the Copa America. The 34-year-old also bagged his seventh Ballon d’Or trophy last month.

Egypt striker Salah is the Premier League’s top scorer this season with 16 goals.

Australia forward Sam Kerr of Chelsea along with Barcelona’s Jennifer Hermoso and Alexia Putellas made the three-player shortlist for the women’s award.

Kerr helped Chelsea retain the Women’s Super League title in 2021, while Hermoso and Putellas were part of the Barcelona team that won the Champions League and Spanish top-flight title last season.

The winners will be announced on Jan. 17.